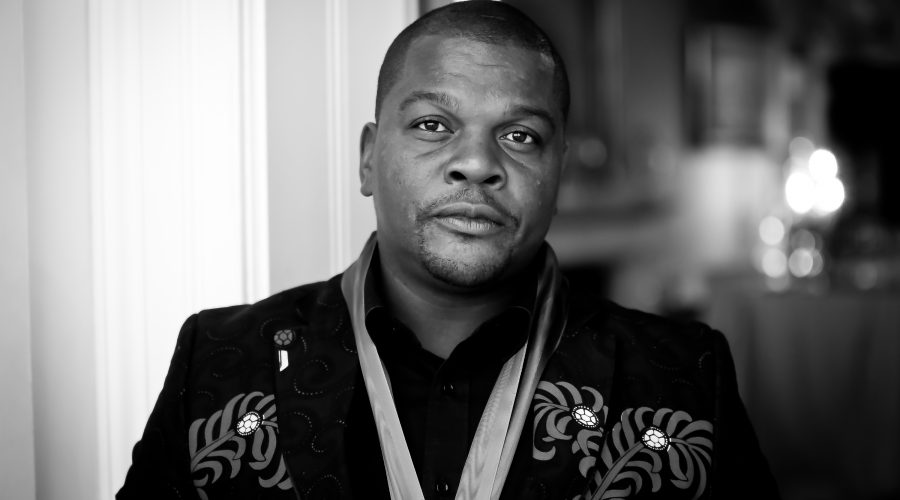 Known primarily for his large scale paintings of young African Americans, depicted in the style of European royal portraits, the Los Angeles–born artist truly embodies the international spirit of the award, splitting his time between Beijing, Dakar, and New York (see “Kehinde Wiley on Art, the Art World and Being Stylish”). Secretary of State John Kerry will present the medal to Wiley on January 21.

Former Secretary of State Hillary Rodham Clinton honored Cai Guo-Qiang,Jeff Koons, Shahzia Sikander, Kiki Smith, and Carrie Mae Weems as the inaugural Medal of Arts recipients in 2013. The biannual award was introduced on the occasion of the 50th anniversary of Art in Embassies(AIE), founded by president John F. Kennedy in 1963 at the suggestion of New York’s Museum of Modern Art.

The AIE program brings the work of over 4,000 international and American artists to more than 200 US embassies and consulates around the world through exhibitions, permanent collections, site-specific commissions, and exchanges between artists. Upcoming works include a collaborative Jenny Holzer sculpture, slated to appear at the US Embassy in London in 2017.

As a statement from Kerry on the State Department website explains, AIE allows art to play “an active diplomatic role,” connecting “people from the farthest corners of an international community. Extending our reach, amplifying our voice, and demonstrating our inclusiveness are strategic imperatives for America.”

The State Department has yet to release an official announcement regarding this year’s award, so it is not of yet known if Wiley shares the distinction with any other artists. Nevertheless, the medal is not the only major honor he will receive this year: the Brooklyn Museum will present “Kehinde Wiley: A New Republic,” the first museum survey of his work, from February 20 through May 24 (see “Kehinde Wiley’s New Takes on Old Masters Get Brooklyn Museum Survey”).

The previous is an excerpt from an article by Sarah Cascone. For the full text see: https://news.artnet.com/art-world/john-kerry-will-present-the-state-department-medal-of-arts-to-kehinde-wiley-220370