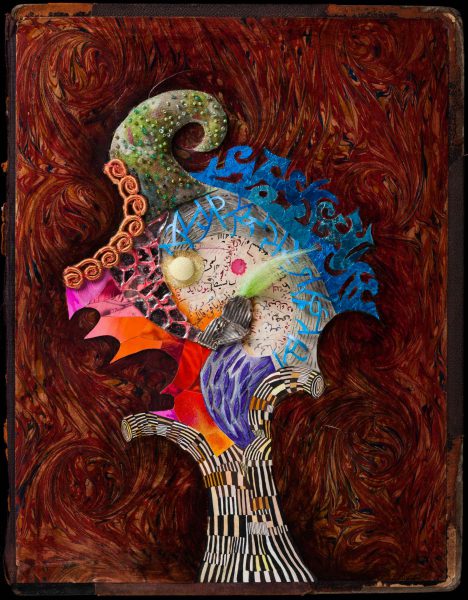 As part of the State Department’s Art in Embassy Program, 10 of her works will be permanently installed in the new U.S. Embassy in Dakar, the capital of Senegal in West Africa. The embassy is scheduled to open in March.

Jenny Abell Dakar Commission -Healdsburg art lovers have been able to see work by Jenny Honnert Abell for almost seven years at Hammerfriar Gallery, but soon the Santa Rosa artist will have international exposure.br />
As part of the State Department’s Art in Embassy Program, 10 of her works will be permanently installed in the new U.S. Embassy in Dakar, the capital of Senegal in West Africa. The embassy is scheduled to open in March.

The Art in Embassy program is a legacy of President John F. Kennedy’s administration, designed to promote national pride and cultural identity by displaying American art throughout the world.

Abell has been living and working in Santa Rosa for 18 years and, in addition to Healdsburg, is represented by galleries in Santa Fe, Nashville, San Francisco and Sun Valley, Idaho.

Last year her work came to the attention of Virginia Shore, deputy director and chief curator of the Art in Embassy Program and a regular client of the Gale Severn Gallery in Idaho. She liked Abell’s work so much she personally invited her to participate in the program.

Abell had her choice of locations around the world, including Jakarta and Budapest, but she chose Dakar because it would happen soonest and because she was eager to get started.

“I didn’t want this exciting project hanging out there for a year or two,” she said.

Abell spent a week in Senegal in December to soak in the region’s people and culture. In addition to visiting the new Embassy building, she went to open air markets, a rug factory and Goree Island, which the Portuguese settled in 1444 and from which slaves were traded in the 1780s.

Jenny Honnert Abell with Aminata, left, and Fatou, right, outside of the Embassy in Dakar, Senegal. (Photo courtesy of Jenny Honnert Abell) Two things struck her during the ride from Dakar’s small airport. One was the 160-foot African Renaissance Movement sculpture on a hill overlooking the sea that depicts a father, mother and child, with the child held in his father’s arms pointing towards the sea.

“I found it to be stiff and rather unimpressive,” says Abell. “There are many objections to the sculpture by the Senegalese people, most of all that it was constructed by a North Korean firm.”

The second thing was a row of mosques that hugged an oceanside curve. “This was the first physical indication that I was in another country,” Abell said. “It was beautiful.”

French is the primary language, along with a native language known as Wolof. “I learned that the local people often meld the languages together as they speak, so it is impossible for an outsider to understand.”

In her commissioned pieces, she reflects the things that inspired her in Africa — village life, Senegal Parrots, baobab trees, intense colors and the beautiful variety and softness of skin tones.

“Marketplaces were everywhere,” Abell said. “The fruits and vegetable stands, piles of shoes and clothes, men and women everywhere carrying tall stacks and baskets on their heads, women with hoards of necklaces to sell hanging around their necks, the bright yellow buses, red and white striped curbs … it all made for visual overload.”

“I was mostly interested in the colored sands that they were using,” she says. “I asked my guide to see if they would sell me a small sample of each color, and for $20 I got 10 different colors, all natural sands from different places in Senegal. One piece in my series is a sand painting using these sands.”

Abell hopes to go back to Dakar either during or shortly after her paintings are installed in April. “I was only there a week and barely scratched the surface,” she said. “If I go back, I will make a point to travel further into the country to see what lies outside of Dakar.”

Abell works with mixed media on large panels and old book covers. Jill Plamann of Hammerfriar describes her work as “meticulous and remarkably beautiful to look at. Within this highly refined work, you will find compassion, pain, playfulness, optimism and references to Jenny’s love and study of ancient cultures.”