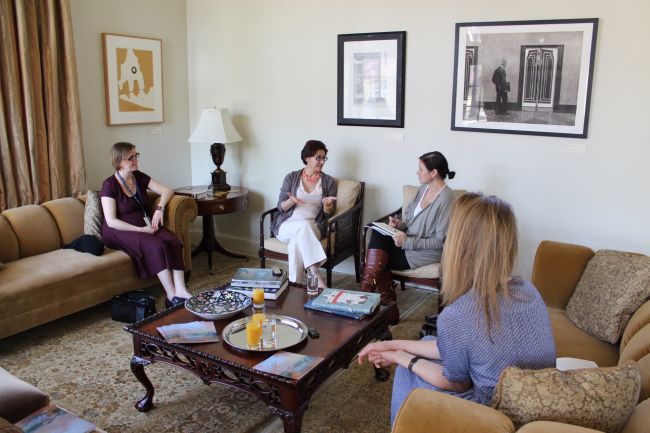 Diplomacy Through Art. An interview with Maria Pekala

Diplomacy Through Art. An interview with Maria Pekala: Fifty years ago President John F. Kennedy formalized an Art in Embassies programme, which ever since then has found ways to facilitate exhibitions of American art around the world – mainly by displaying artworks in the U.S. Department’s diplomatic facilities throughout the world (including Embassies andAmbassadors’ residences). The programme was first envisioned by the Museum of Modern Artin 1953 and ever since then it has played a leading role in U.S. public diplomacy.

Today, it is a public-private partnership engaging over 20,000 participants globally, including artists, museums, galleries, universities, and private collectors, and encompasses over 200 venues in 189 countries. Professional curators and registrars create and ship about 60 exhibitions per year, and since 2003, over 58 permanent collections have been installed in the Department’s facilities throughout the world.

Arterritory.com visited the residence of the U.S. Ambassador to the Republic of Latvia to get acquainted with the Art in Embassies programme and the collection of artworks, which for the next three years will inhabit the home of Mr and Mrs Pekala. Read the full article through the following link: http://www.arterritory.com/en/texts/interviews/2489-diplomacy_through_art._an_interview_with_maria_pekala/