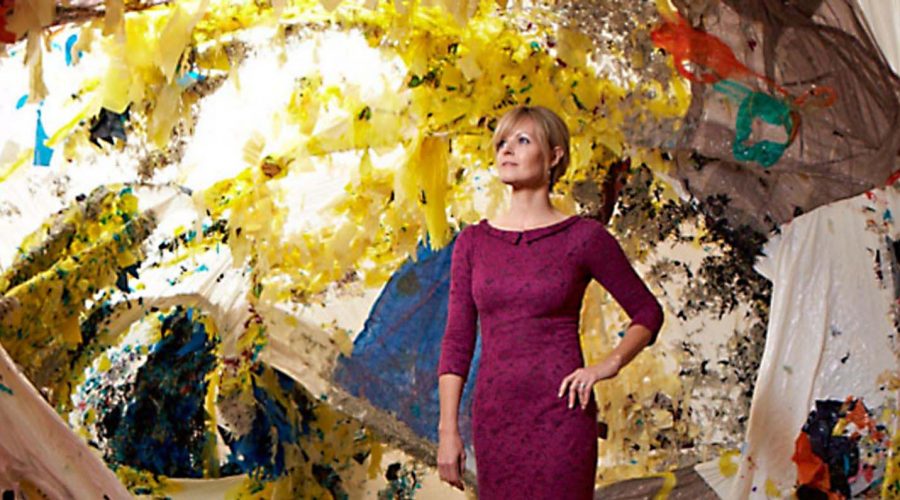 “There’s always a way to transcend boundaries in the art world,” says Virginia Shore, deputy director and chief curator for Art in Embassies in Washington, D.C. “The key is figuring out how.” Launched in 1953 by The Museum of Modern Art, the program, which places works in United States embassies, consulates and annexes across the world, became part of the U.S. Department of State under President John F. Kennedy as a way of exploring a cross-cultural exchange through visual arts. Today, the initiative spans over 180 countries and about 200 venues, and Shore, who meticulously oversees the organization’s acquisition and lending program—in close collaboration with over 20,000 museums, dealers, collectors and artists— couldn’t be prouder. Her ultimate goal is to make available phenomenal art that surpasses the boundaries of politics, linguistics and socioeconomics. After all, she says, “I’m happiest when I’ve successfully installed a new exhibition and the transformation of the space brings about energy while highlighting cultural connections.”

VS: It hit me during my senior year of college, when I was studying art and architecture in Spain. I was captivated. After graduation, I moved to Washington, D.C., and accepted an internship at the U.S. Department of State in the office of Art in Embassies.

VS: Building a space designed by architect Renzo Piano and including artists who could enhance his aesthetic, like Anish Kapoor, James Turrell and Brice Marden.

VS: My father, a driven self-made man, who, when in medical school, made money on the weekends drawing people’s portraits. He encouraged me to follow my dreams, even when they were risky.

VS: We’re starting a three-year partnership with the Tate Modern and the U.S. Embassy, London, called the American Artist Lecture Series, which will feature six major artists yet to be seen at the Tate.