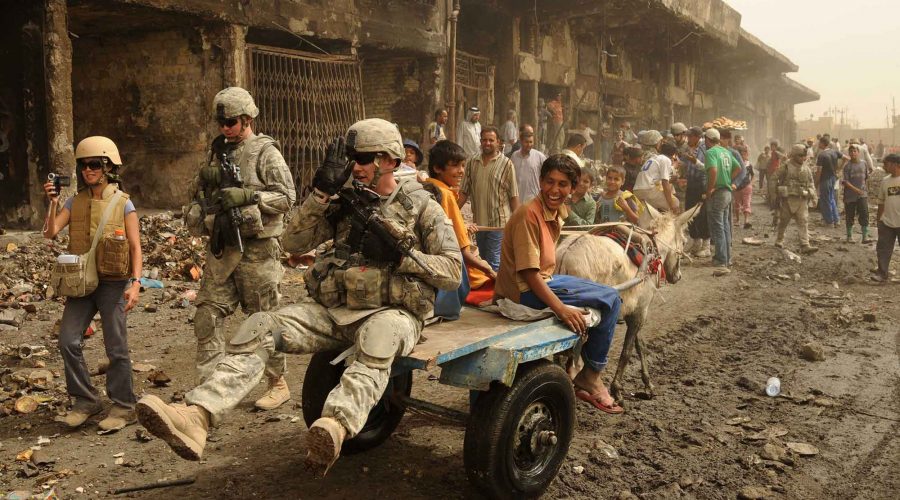 Art In Embassies Celebrates Serving Abroad ...Through Their Eyes

Art In Embassies (AIE) is a program of the U.S. Department’s of State and Defense that promotes cross-cultural dialogue and understanding around the world through the visual arts, sponsoring dynamic artist exchanges. For five decades the public-private partnership program has played a big role in U.S. diplomacy. This month, in commemoration of Veterans Day, the AIE program announced the 12 “Best in Show” photographs featured in AIE’s 50th anniversary “Serving Abroad…Through Their Eyes” photography exhibition. Last year on Veterans Day, military, civil service and Foreign Service personnel were invited to submit photographs illustrating their life while serving abroad. Over 3,200 images were submitted, 161 finalists were chosen then the 12 “Best in Show” were identified. “These photographs depict themes of friendship, places, faces, loss or triumph, providing a window on the complexity, diversity and courageous work performed by America’s heroes throughout the world,” said the U.S. Department of State in a release. Today, AIE engages 20,000 artists, museums, galleries, universities and private collectors in more than 200 venues in 189 countries. Over 58 permanent collections have been installed in State Department facilities throughout the world. In the video below we see artist Tom Gosford talking about the installation of his work in the U.S. Tijuana consulate, and a look at the Art in Embassies exhibition in the consulate. The AIE 50th anniversary celebration features U.S. Secretary of State Hillary Rodham Clinton honoring five artists on November 30, presenting the first U.S. Department of State Medal of Arts for their outstanding commitment to the program. http://www.gadling.com/2012/11/09/art-in-embassies-celebrates-serving-abroad-through-their-eyes/