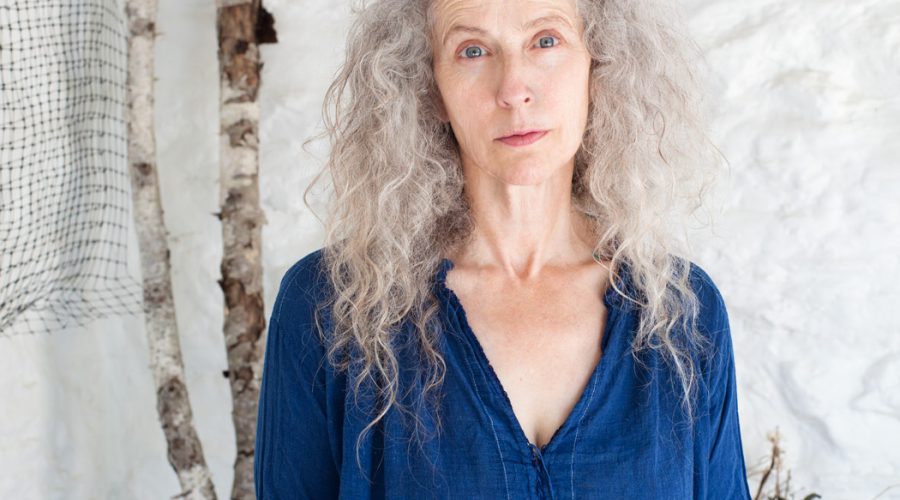 The question is inspired by Smith’s output. The 62-year-old artist, who will launch the second season Contemporary Conversations at the National Gallery of Canada on March 31, has produced a vast catalogue in many media — clothing, scarves, posters, plaster, screen prints, etchings, glass, bronze, silver, gold, rubber, wood, silk, linoleum, even blankets. So it’s unexpected to hear her say, when we connect on the second attempt, “Sorry, I overslept.”

Ottawa Citizen – When I phone Kiki Smith in New York City she is asleep and misses the call, which makes my opening question — do you ever sleep? — either prescient or unnecessary. Like so much with Smith’s work, it’s open to interpretation.

The question is inspired by Smith’s output. The 62-year-old artist, who will launch the second season Contemporary Conversations at the National Gallery of Canada on March 31, has produced a vast catalogue in many media — clothing, scarves, posters, plaster, screen prints, etchings, glass, bronze, silver, gold, rubber, wood, silk, linoleum, even blankets. So it’s unexpected to hear her say, when we connect on the second attempt, “Sorry, I overslept.”

I modify my opening question: You’ve created so much in so many forms: are you restless?

“Probably I am restless, but I’m also curious,” she says. “I like having different experiences, and learning about them. There are so many incredibly great ways that people have worked historically, and there’s so many great things to learn about.”

But, she adds, “I’m slowing down. There are many other things in my life that often take precedence, that are more compelling than my work. But I also derive a great deal of pleasure out of it. And I’m inspired by seeing other people’s work, always.”

What takes precedence at the moment is making coffee, as she speaks over a muted soundtrack of cupboards opening and the tools of percolation being assembled.

I ask her about Born, her bronze, life-sized sculpture of a deer giving birth to a woman, now on exhibit at the National Gallery. The sculpture was inspired by the story of Genevieve, the patron saint of Paris, who was falsely accused of infidelity and survived by fleeing to the forest, where she was cared for by wild creatures.

Born, from 2002, was born of rapture, she says, though she notes the reference is “not literal.”

She had seen small paintings of St. Genevieve in France and was struck by “her sitting with the lambs and the wolves together,” a peaceable kingdom that struck the “balance between humans and nature.”

Her work often includes animals, such as deer and wolves, which, I suggest, bring to mind indigenous motifs.

“I certainly look at Native American work, as I do work that other people have done. I think that whatever one does, you can look in the world and be inspired or moved or informed by things from all over the world, and then some things you have to kind of synthesize into your own experience, and go through your own experience and find your own voice in it.”

It’s another balance, between making things “too idiosyncratic, and then nothing makes any sense to anybody else, or it can be too general,” she says, as the buzz of a coffee grinder briefly drowns her out. “I just pushed the button and walked out of the room,” she explains.

She continues, “I’m not trying to dictate what other people think about. I’m just presenting something, and if that something is successful it resonates to other people in their own lives.”

What generally resonates with people, says PBS in a promo for its TV series Art in the 21st Century, is Smith’s career-long theme of “the body as a receptacle for knowledge, belief, and storytelling.”

A quintessential example may be her 1988 screen print All Souls, an arresting marriage of subject and medium that repeated an image of a fetus on tissue paper, the most delicate of surfaces. Such repetition unlocks a “spiritual power,” Smith has said previously, “a devotional quality, like saying rosaries.”

She came by her devotion early, as the daughter of opera singer Jane Lawrence and the artist Tony Smith. Born in Germany, raised in the U.S., she also learned early about art as a tool of diplomacy, for “connecting with yourself and with the broader cultures in the world.”