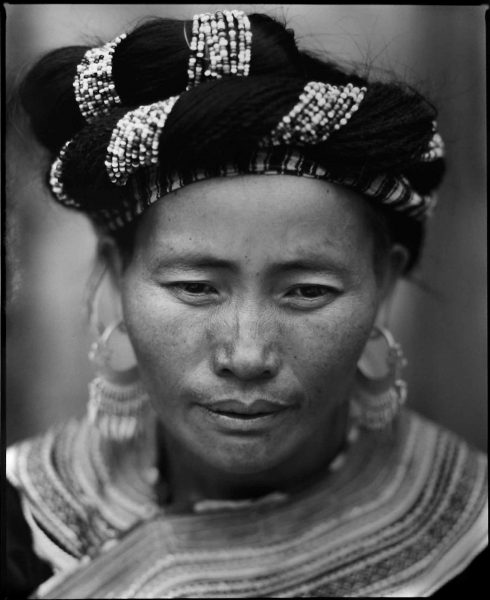 IIP.gov – Washington — When a young American named Peter Steinhauer traveled to Vietnam in 1993, he never imagined his trip would ignite a passion that would shape his destiny.
Today, Steinhauer is a successful Hong Kong-based fine-art photographer who works throughout Asia, creating images that explore Asian culture. His work is displayed in museums and galleries worldwide and is praised for its exceptional beauty and emotional power.
His photographs also are on display at the U.S. embassies and consulates in Vietnam and Burma, courtesy of the U.S. Department of State’s Art in Embassies program, which uses art to foster dialogue among host-country citizens and U.S. diplomats.

ENCOUNTERING VIETNAM
Steinhauer writes of his strong connection to Vietnam in two books, Vietnam: Portraits and Landscapes (2002) and the award-winning Enduring Spirit of Vietnam (2007).
His introduction to the country came long before he first set foot there. Steinhauer was born two weeks after his father, a doctor in the U.S. Marines, left home to serve in Vietnam in 1966. The senior Steinhauer used a camera to document his tour of duty. “I have so many childhood memories of watching my father’s slide shows of Vietnam,” Steinhauer told America.gov.
Years later, Steinhauer — then an art-school graduate who wanted to launch himself as a photographer — was invited to visit Vietnam. He planned to spend three months traveling there, amassing a portfolio that he could offer to a U.S. gallery for exhibition. “I couldn’t help wondering what the Vietnamese really felt towards Americans, considering the past,” but “these feelings quickly disappeared,” he said. “Everyone treated me warmly.” He adhered to one rule: He would not photograph anything that had to do with the war. His mission, he added, was to “present Vietnam for itself.”

“When I arrived in Hanoi, it was sensory overload,” said Steinhauer, a native of Colorado. “I was overwhelmed with the sounds, smells and sights.” In Vietnam’s cities, valleys and remote hamlets, “it seemed as if there were endless amounts of material to photograph.”

He found he no longer wanted to limit his stay to three months. “Within four days of landing, I felt like ‘this is home,’” he said. “I was just amazingly comfortable there.” After a brief return to Colorado, he moved back to Vietnam.

After living in Hanoi and in Ho Chi Minh City (formerly known as Saigon) from 1993 to 2000, Steinhauer moved to Singapore and then settled in Hong Kong, where he lives with his Vietnamese-American wife and their three children. He returns to Vietnam often. “Vietnam is a part of me,” he said.

Steinhauer said he often receives e-mail from American veterans of the Vietnam War and from Vietnamese Americans who feel they have lost some of their heritage from growing up in the United States. “They sometimes say, ‘I’ve just bought my ticket back [to Vietnam] for the first time in 20 years,’ or ‘Thank you for reconnecting me to Vietnam.’”

More information about Steinhauer’s work is available on the photographer’s website.