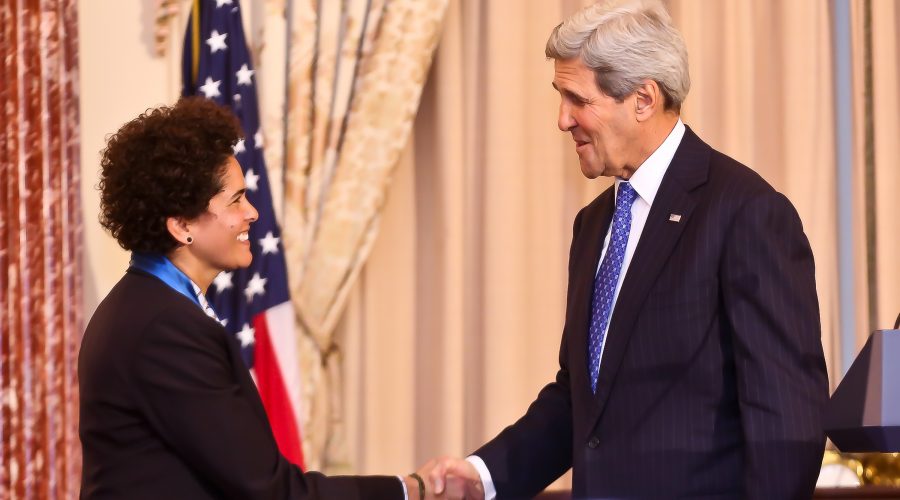 Tadias Magazine – The U.S. Department of State has named Ethiopian American artist Julie Mehretu as a recipient of its 2015 Medal of Arts in recognition of her internationally acclaimed work and her impact in promoting cultural diplomacy. Julie is one of seven artists who is receiving the recognition for her “outstanding commitment and contributions to the Art in Embassies program and international cultural exchange” a State Department spokeswoman told Artnews.

Julie, who lives and works in New York City, was the featured guest speaker at the 2014 American Artist Lecture Series in London this past September sponsored by eh Art in Embassies program, Tate Modern and the US Embassy London, which brings, “the greatest living modern and contemporary American artists to the UK.”

Julie, who was also one of the Executive Producers of the film Difret, was born in Addis Ababa in 1970 and immigrated to the United States with her family in 1977. She is one of the leading contemporary artists in the United States, and has received numerous international recognition for her work including the American Art Award from the Whitney Museum of American Art and the prestigious MacArthur Fellow award.

The previous is an excerpt from Tadias Magazine. For the full article see: http://www.tadias.com/01/16/2015/julie-mehretu-awarded-2015-medal-of-arts-by-u-s-state-department/