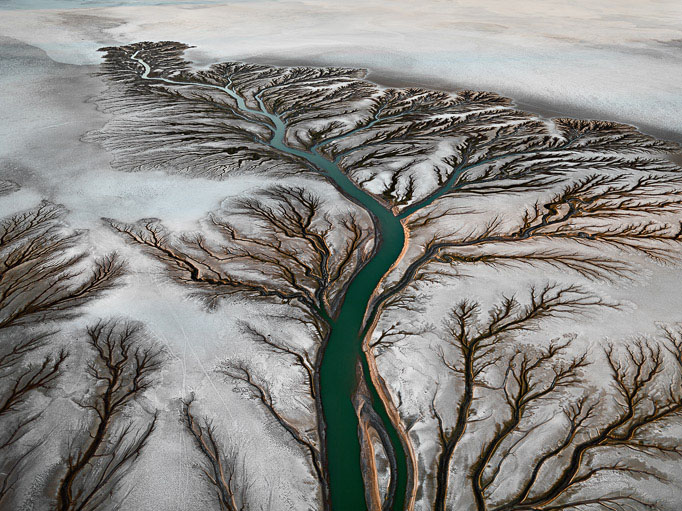 Art That Crosses Borders – Bringing together different cultures under one roof is something art museums do well. They know how to hang an ancient Indian watercolour beside a Canadian photograph, or place works by a French Impressionist, a Russian, an Italian and a Dutchman in the same room.

Art That Crosses Borders – Bringing together different cultures under one roof is something art museums do well. They know how to hang an ancient Indian watercolour beside a Canadian photograph, or place works by a French Impressionist, a Russian, an Italian and a Dutchman in the same room.

So it seems perfectly fitting that the National Gallery would partner with the diplomatic community — the Art in Embassies program and the U.S. Embassy in Ottawa — to present a series of lectures by American artists. The Contemporary Conversations series premieres on Thursday, February 26 at the Gallery, with a talk by multidisciplinary artist Marie Watt, of Seneca and Scottish-German heritage, whose work explores issues of community and feminism through natural and handcrafted materials. Watt’s Blanket Stories: Seven Generations, Adawe, and Hearth (2013) — a towering totem pole made of stacked blankets — was one of the highlights of the 2013 NGC exhibition Sakahàn: International Indigenous Art.

Art in Embassies (AIE) has a long history of cultural diplomacy, bringing American art to ambassadors’ residences around the world, and fostering exchanges with local artists. The program was established by New York’s Museum of Modern Art in 1953, and later formalized as a government program by President Kennedy. Today, AIE has a presence in 189 countries, including the United Kingdom, where it recently launched a hugely successful series of artist lectures in partnership with the Tate Modern.

The NGC Contemporary Conversations Series is modeled after the Tate program, but with a stronger link between the exhibition of American art being showcased at the ambassador’s official residence, and the lecture series at the Gallery. That’s largely thanks to Vicki Heyman, the wife of the U.S. Ambassador to Canada, Bruce Heyman.

Mrs. Heyman is passionate about art. With a degree in Art History from Vanderbilt University, she has long been, with her husband, a patron of the arts and an art collector. The Heymans’ personal art collection includes bold works by contemporary American artists, which came with them from Chicago when they moved to Ottawa in 2014. Among those now hanging in their Rockcliffe Park residence are Chuck Close’s mosaic-like portrait of President Obama, made in 2012, and Hung Liu’s drip-filled painting, Transforming (1995).

“The idea behind this program,” said Mrs. Heyman, seated in her elegant library, “is to use art and the artist’s voice as a method of cultural diplomacy, connection and exchange.” She has been actively involved in the selection of artists for the series and, right from the planning stages, was determined to integrate the exhibition and lecture portions. “The process started about a year ago, before we even came to Canada. I knew this would be in my purview. I knew that I wanted it to be a 360-degree exploration of the art. I wanted the artist’s voice and the artist’s presence to be part of the experience.”

Soon after arriving in Ottawa, Mrs. Heyman met with Marc Mayer, the National Gallery’s Director and CEO, to discuss the program and select artists and works of art that were sure to engage Canadian audiences. Ultimately, they developed a program that includes not only Marie Watt, but also fabric sculptor and performance artist Nick Cave, known for his wearable fabric soundsuits; painter and sculptor Eric Fischl, who has done a series of works that mourn the events of 9/11; and Stephen Wilkes, who has photographed abandoned structures on Ellis Island. Watt and Fischl are both represented in the NGC collection.

Along with the artists participating in the public lecture series, art at the residence will include works from noted American artists Theaster Gates, Alex Katz, Chuck Close and Hung Liu.

What these eight artists share is an interest in social issues and identity, themes that resonate with Mrs. Heyman: “I wanted to have different discussions, to curate a group of artists who examined identity, immigration or assimilation.”

Warm and engaging, Vicki Heyman is committed to her role as ambassador for the arts, and she is certain of the power of art to bring people together. “I feel that, through art and artists, walls come down and people connect on an emotional level. Defences are dropped, and you might reach consensus, or you might reach a friendly disagreement in a much more receptive way. I love the way that artists innovate and bring new things into the dialogue, sometimes in a threatening way, sometimes in a non-threatening way, but in a combustible way.”

The Contemporary Conversations Series begins Thursday, February 26 in the Auditorium of the National Gallery, with a conversation between Marie Watt and the NGC’s Audain Curator of Indigenous Art, Greg Hill. Marie Watt will also be hosting a sewing circle at the Gallery on February 28.