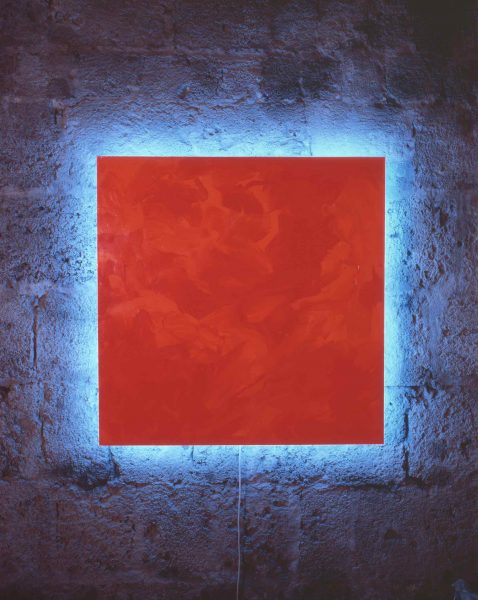 In January, California real estate developer Eleni Kounalakis Tsakopoulos, the new US ambassador to Budapest, held a reception at her official residence to show off her art collection. Hungarian guests from the political world and the arts strolled through the reception rooms, admiring works by, among others, Andy Warhol, Jim Dine and Wayne Thiebaud.

In January, California real estate developer Eleni Kounalakis Tsakopoulos, the new US ambassador to Budapest, held a reception at her official residence to show off her art collection. Hungarian guests from the political world and the arts strolled through the reception rooms, admiring works by, among others, Andy Warhol, Jim Dine and Wayne Thiebaud.

Only it’s not really her collection. The State Department negotiated all the loans and insured and oversaw all aspects of programming, installing the works in the Chief of Mission residence in Hungary as part of a long-established, vibrant program called Art in Embassies.

A legacy of the Kennedy administration, Art in Embassies’ message is simple: There is more to American culture than reality TV, fast food and Britney Spears. Its mandate, says director Beth Dozoretz, is “to work with the ambassadors and create an art exhibition that reflects their take on cultural diplomacy in relation to their assigned countries.”

Every new ambassador, in consultation with AIE curators, has the opportunity to display an exhibit of art of the size and quality that normally would take decades to accumulate. During his or her tenure, the selected paintings, sculptures and other objects inhabit spaces in the residence where public diplomacy is conducted and where guests are typically entertained. (The Chief of Mission’s residence is usually at a different location from the embassy, sometimes called the chancery, which is the workplace.)

The selection process can be a daunting experience, even with the help of experts. “It’s a bit like speed-reading Moby Dick,” was how one ex-envoy described it. But the end results demonstrate the program’s scope for creativity and substance.

In Paris, Ambassador Charles H. Rivkin and wife Susan Tolson have added their own touch of contemporary America to the stately rooms of the 19th-century embassy residence with a collection of art photography by several masters, among them Richard Avedon, Ed Ruscha and Edward Curtis. The unusual decision to use only photography in the residence, says Tolson, highlights “a form of art very dear to the French.”

Victoria Nuland, ambassador to NATO in Brussels until 2008, chose works by 21st-century American women artists. “The collection really displays the energy and diversity of American culture,” she said at the time—though what the military brass made of Iranian- American artist Roshan Houshmand’s The Red Dress, in mixed media and gold leaf on canvas, is anybody’s guess.

Nuland’s successor, foreign policy expert Ivo Daalder, opted for a transatlantic theme: works by European artists with ties to America, like Dutchborn Willem de Kooning, and Americans with strong European connections, including Linda Colsh, a longtime Brussels resident. The art, says Daalder, “reflects not only the transatlantic spirit of NATO, but also my own background”; Daalder, a former White House foreign policy aide, was born and raised in Europe.

The Art in Embassies program is unique in the diplomatic world, and the State Department justifiably cherishes it as an effective, high-end component of its cultural outreach initiative. Currently, there are some 4,000 works on display in 220 countries, most on short-term loan from galleries, museums and collectors all over the United States or from the artists themselves. Often, each exhibition comes with its own glossy publication (AIE is now exploring a green, online version) for distribution by the embassy; on the first page is a message from Secretary of State Hillary Clinton, who says the program “intrigues, educates, and connects—playing an ambassadorial role as important as that served by traditional diplomacy.”

But these days, that’s only half the story.

The 1998 bombings of US embassies in Kenya and Tanzania triggered a major construction drive of more secure embassy chanceries worldwide. The new structures are opening at a rate of eight per year, and with them has blossomed a new initiative. “Our curators purchase, research and create a permanent collection for these embassies, [but] not the residences—this doesn’t have anything to do in particular with the ambassador—which bring together works by artists from the US and host countries around shared themes,” explains Dozoretz. “It’s an exhibit, a collection developed through this office, and it will permanently reside in that embassy.” To date 48 are in place, including in Moscow and Beijing. Dozoretz, a business executive and major Democratic fund-raiser, became AIE director in December, and she calls this more recent effort “the new, exciting life-blood of this program.” The other innovation, she says, is an emphasis on younger talent, with some host-country artists blended in “to focus on cultural exchange and site-specific commissions.”

Some ambassadors still request a dozen Winslow Homers or John Singleton Copleys for their collection when they arrive. Not a chance, says Virginia Shore, AIE chief curator: “Our focus is primarily working with contemporary artists, and the objective is to include 300 artists who are new to our programs annually. We strive to include undiscovered and emerging talent as well as mid-career and recognized artists.”