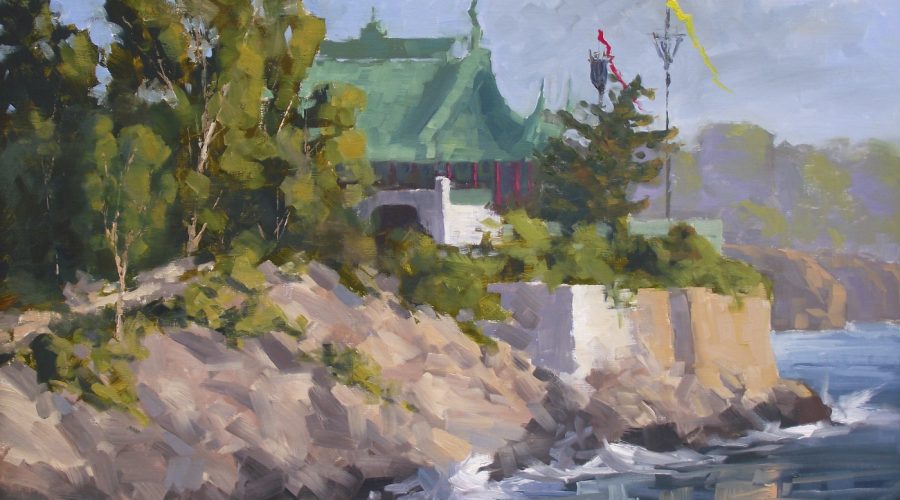 Art is a language that requires no translation. On June 15, Ambassador Krol hosted a reception at the Ambassadorial Residence to showcase American artwork displayed under the auspices of the U.S. Department of State’s ART in Embassies program. This program gives American ambassadors the opportunity to select works contributed by American artists, illustrating a theme of each ambassador’s choosing.

For their collection, Ambassador Krol and his wife Melissa Welch chose eight paintings based around the theme of the ocean, particularly as portrayed in their respective home states of New Jersey and Rhode Island. “America’s landscape is diverse, but human settlement began along its vast and varied coasts where millions of Americans continue to make their living, raise their families, and enjoy life. Serving here in Uzbekistan – one of the world’s only two doubly landlocked countries – gives us the opportunity to share a sense of the ocean’s timeless peace and restless energy with our guests here at the residence,” the Ambassador writes in the catalog’s introduction.

Rounding out the collection is one piece of Native American Navajo fabric art similar to fabric art found in Uzbekistan. According to Ambassador Krol, “the patterns and colors reflect a unity of artistic vision across distant lands and diverse cultures, evoking a sense that we are all one people on this planet.”

More than 30 artists practicing diverse forms of the visual arts attended the reception. Each guest received a catalog, published in English, Russian and Uzbek, highlighting the artists and their work. Their reactions to the collection were enthusiastic, and favorites included the fabric art, known as Two Grey Hills, by Barbara Teller Ornelas, and Dune Walk in New Jersey, by Ken Ahlering. Rano Kist, a renowned batik painter and illustrator, remarked on the beauty of the collection and the celebratory nature of the evening, bringing together so many well-known and established artists together to inaugurate the Ambassador’s collection in Tashkent.

The Ambassador’s collection arrived in Tashkent in early 2012 and will be on view for the remainder of his assignment in Uzbekistan. To view the article at its source, click on this link.