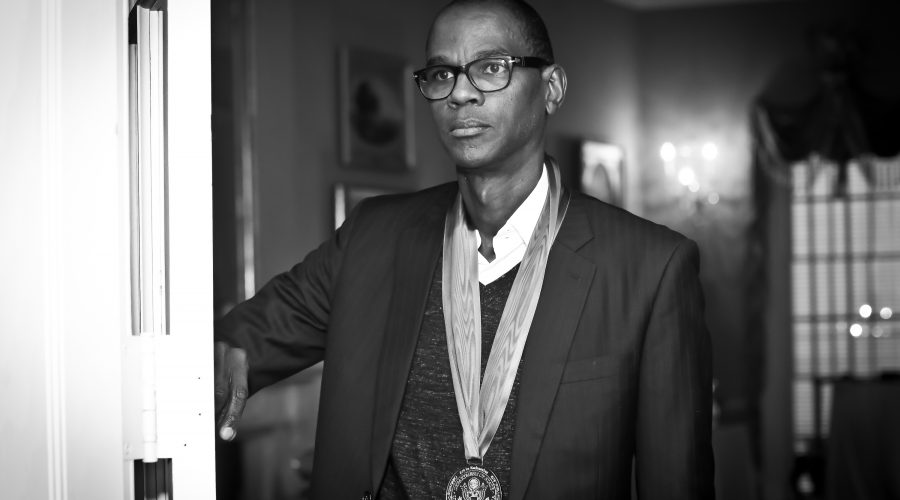 Born in Los Angeles in 1961, Bradford “transforms materials scavenged from the street into wall-sized collages and installations that respond to the impromptu networks—underground economies, migrant communities, or popular appropriation of abandoned public space—that emerge within a city,” according to the US State Department website.

Former Secretary of State Hillary Rodham Clinton honored Cai Guo-Qiang,Jeff Koons, Shahzia Sikander, Kiki Smith, and Carrie Mae Weems as the inaugural Medal of Arts recipients in 2013. The biannual award was introduced on the occasion of the 50th anniversary of Art in Embassies(AIE), founded by president John F. Kennedy in 1963 at the suggestion of New York’s Museum of Modern Art. Bradford’s work has been included in the State Department’s Art in Embassies program twice, going on view in exhibitions in Stockholm in 2009 and in Berlin in 2014.

The previous is an excerpt from an article by Eileen Kinsella. For the full text see: https://news.artnet.com/art-world/mark-bradford-gets-state-department-medal-of-arts-220610