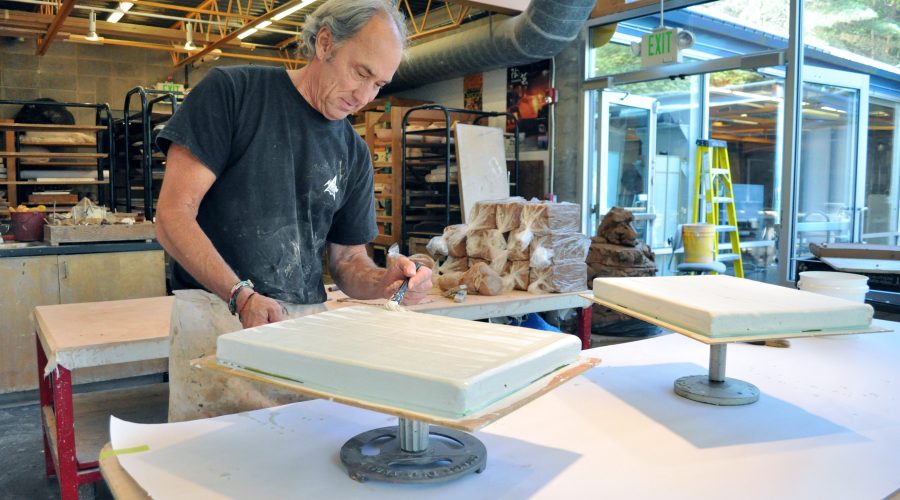 Reed College Magazine – The art of Geoffrey Pagen, director of Reed College’s ceramic program, will grace the exterior of the new U.S. embassy in Bujumbura, the capital city of Burundi.

Pagen has previously exhibited his work in Nouakchott, Mauritania, and the Democratic Republic of Congo as part of the State Department’s Art in Embassies program. Exhibitions feature original works from U.S. and host country artists that are compatible with the values of the host country and complement the architecture and interior design of the space. The installations foster visual diplomacy in more than 200 diplomatic venues worldwide.

In March, Pagen traveled to Burundi with Bob Soppelsa, senior curator for the Art in Embassies Program, to explore the site. In October the multipaneled piece, approximately 7.5 feet by 15 feet, will be attached to the colored stone exterior of the new embassy building, which Pagen used as a point of departure for creating the piece.

The previous is an excerpt from an article in Reed College Magazine by Randall S. Barton. For the full article visit: http://www.reed.edu/reed_magazine/sallyportal/posts/2012/ambassador-of-art.html