In 2009 photographer Stephen Alvarez traveled to Madagascar for National Geographic to shoot a series for the magazine of the stone forest Tsingy de Bemaraha. The iconic works that were shot at that time, and the works of other National Geographic photographers, featuring the endangered lemurs and other species, were selected by Ambassador Yamate and his wife Michiko, for their Art in Embassies exhibition at the residence. Alvarez, in addition to shooting for National Geographic is also one of Microsoft Devices Ambassadors. Art in Embassies, Ambassador Yamate and the public affairs staff at the U.S. Embassy Antananarivo, Denise Jobin Welch and Lanto Hariveloniaina, collaborated on an exchange program with the well-known photographer and in the fall of 2015, Alvarez travelled to Madagascar to conduct a series of workshops on how to use photography and cellphones in particular, for documenting conservation and preservation efforts

On his first day, after a long flight from the U.S., the artist travelled a long and windy road to the National Park in Andasibe to conduct his first workshop for a community run organization, Association Mitsinjo. The workshop was very well attended by both volunteers and students, and translated by Lanto Hariveloniaina. Alvarez gave an overview of the different techniques for cellphone photography and how it is similar and at the same time quite different from traditional photography with larger, more expensive cameras. As the photographer explained to his audience,
“The best camera to have is the camera you have with you and in many instances that will be your cell phone camera.” Even though the first question during the Question & Answer session was on how to make the best selfie, questions on how to zoom, on how to crop, and how to light your subject matter from different angles were all discussed and demonstrated by Alvarez on his own and participants phones.
The next day, after a visit to the Vakona Reserve, run by a private conservation group to help preserve the natural habitat of lemurs, Alvarez travelled back to the capitol to attend a small dinner, hosted by U.S. Ambassador Yamate and attended by the Malagasy minister of the Environment, Ecology, Sea and Forest,Ravala Beboarimias, the Chinese Ambassador to Madagascar Wo Ruidi, and Conservation International vice–president for Madagascar, Leon Rajaobelina. Ambassador Ruidi, an amateur photographer in his spare time, presented a wonderful book of images that he had taken in Madagascar, as a gift to Stephen Alvarez during the dinner. Ambassador Ruidi has been a long time subscriber to National Geographic magazine and an admirer of the work of Alvarez. The dinner marked the occasion of Ambassador Ruidi first attendance at an event hosted by the U.S. Embassy. The dinner conversation focused on preservation and overall environmental efforts in Madagascar, and the role officials, diplomats and governments from the U.S.A and China can play in order to facilitate these important initiatives.
Alvarez was the guest of honor at the well-attended opening reception for the Art in Embassies exhibition at Ambassador Yamate’s residence the following evening, and he concluded his exchange with a cellphone workshop on Saturday morning for a group of students from Vintsy Club, a youth environmental club at the Tsimbazaza Zoo. Immediately upon his return to the US, Alvarez departed for Australia to explore one of the Seven Natural Wonders of the World, the Great Barrier Reef, for his next assignment.Some of the sites and studios Callender visited during this trip included the local craft market Osh Bazaar, The Ala Archa National Park, as well as different design studios including Aidai Design Studio, Dilbar Fashion and the Tumar workshop and studio. Callender also met with the Director of the Aigine Cultural Research Center, Gulnara Aitbaeva to discuss the topics of Kyrgyz history, traditions, and sacred places in the epic poems of the Manas. In addition, the artist conducted lectures for students at the Art and Design College and a workshop at the Chuikov College of Art. Reflecting on her experiences in Kyrgyzstan the artist noted that “I am looking forward to applying the techniques in surface application that I experienced and learned about, to my own practice and to use these ideas as teaching tools… Ordering a custom made felting mat used in traditional Kyrgyz felting for my department at the University of Missouri for students research will be a direct outcome of this very interesting exchange.” 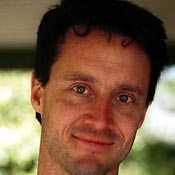 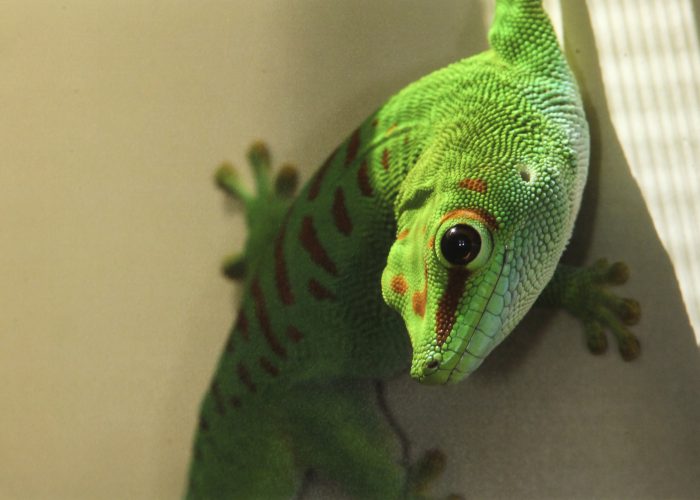 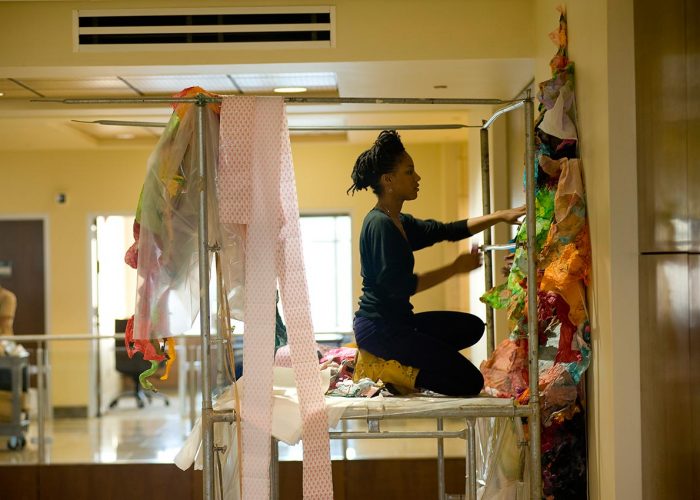 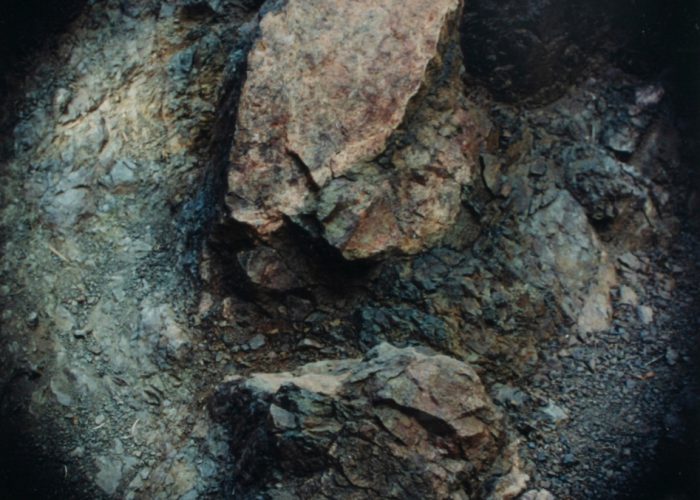