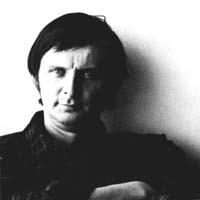 The cosmic imagery of contemporary symbolist Wulf Erich Barsch includes pyramids, palm and cypress trees, juxtapositions of geometric diagrams, suggestions of architecture, and often a subtle wind blowing in from the left of the painting. Born in Reudnitz, Bohemia, Barsch received his early art training in Hamburg and Hannover, Germany. He later studied Egyptian and Islamic culture and history, and that interest is still evident in the recurrent spiritual symbols in his art. He also holds Master of Fine Art degrees in printmaking and in painting from Brigham Young University, Provo, Utah, where he joined the art faculty in 1972. His many awards include The Prix de Rome in 1975, among others. Over the years, his work has garnered enthusiastic responses and can be found in numerous private and public collections.

Professor Judith McConkie has written: “Wulf Barsch’s environment and his art are an attempt to recreate something he wishes to remember, something for which he searches with the patience of a mystic. Barsch’s art expresses a universal theme about the home that he believes he once knew and the life-long struggle to become once again a denizen of that society.” The artist adds, “knowing about that home helps explain the present and control the future.” Due to his own introspective nature, Barsch believes that each of his works encourages a private interpretation of spiritual, mystical themes by the viewer. Dynamic symmetry and the proportions often called “the Golden Mean,” undergird every painting of Barsch’s. The idea of sacred geometry – the proportions of the universe – dates back to ancient canons. It is evident as the underlying design reflecting the eternal order of nature itself. Mysterious, arcane, and other worldly, Barsch’s art is geometrical, intellectual, and mystical, but the paint application is just the opposite: modern, direct, wiped, color contrasts, and wet into wet. The effect of these opposites is to create a sense of place in the past relevant to today. 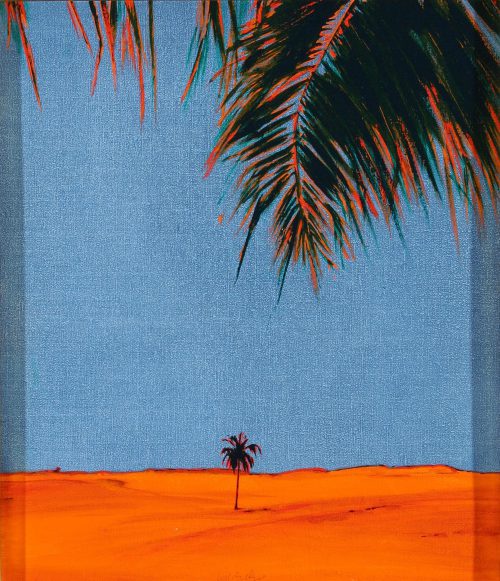 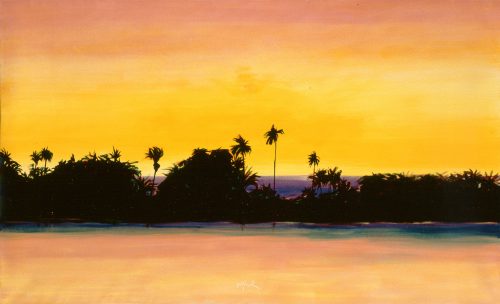 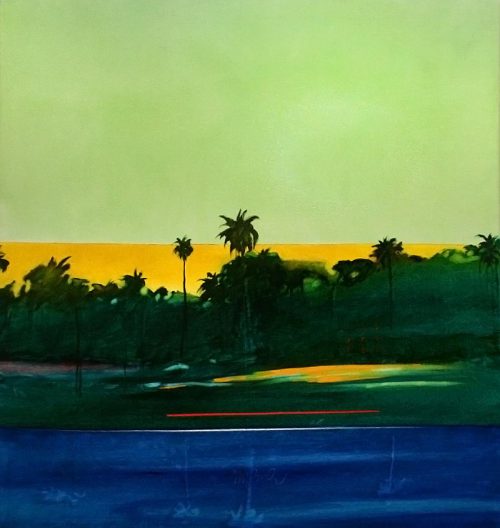 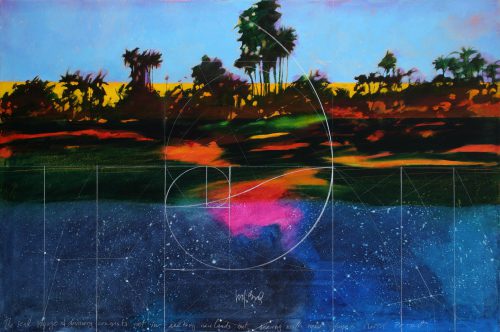 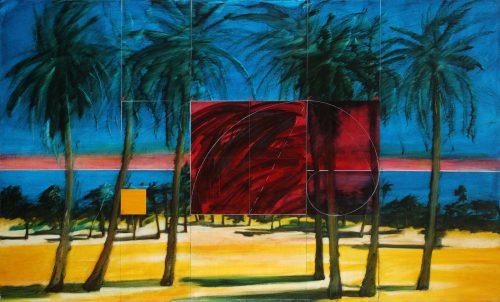 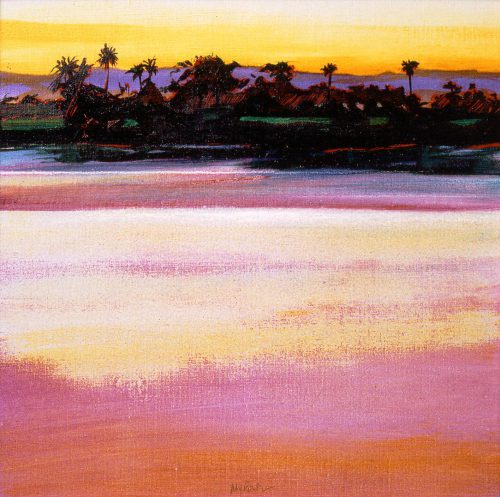 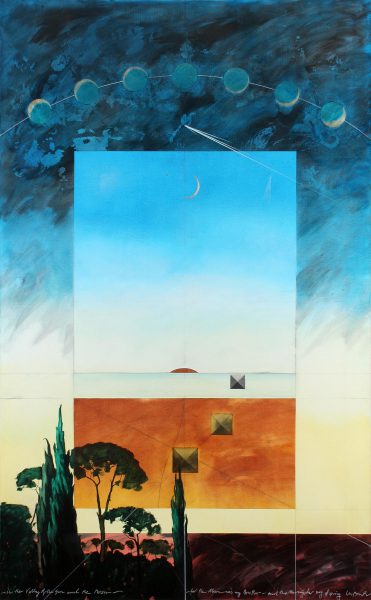 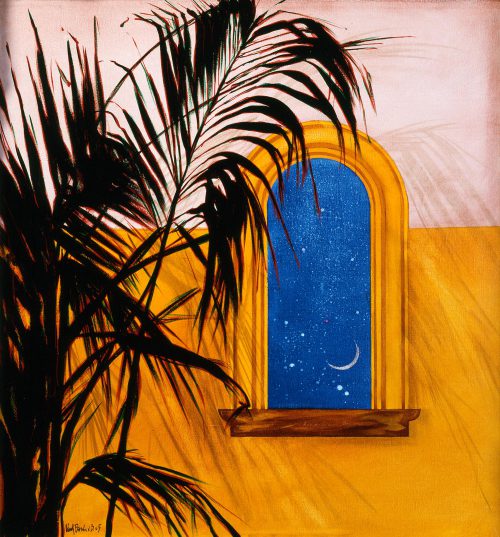 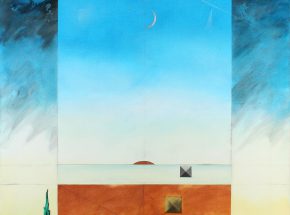