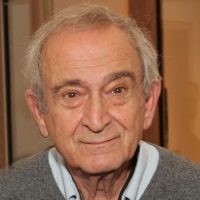 Born in New Britain, Connecticut of Armenian immigrants, Boghosian is a man of his time whosework is inspired by a love for the past. He has always been fascinated by classical myths, particularly the story of Orpheus and Eurydice.

Primarily a sculptor, a constructor and a builder, he is also a historian. Forging in antique shops, flea markets, and yard sales, Boghosian seizes upon a plethora of objects: weathered doors and windows, ornamental woodwork, toys, tools, and set after set of childrenís building blocks. Knowing that any object can be more than it appears to be, a new identity emerges as Boghosian frees them from what they were and bestows upon them a new role. Through his assemblages of objects and images, material evidence of life and time, these objects are transformed and endowed with a new significance. By this dislocation and repositioning, Boghosian explores the nature of identity.

Boghosian has taught at University of Florida, Cooper Union, Pratt Institute, Yale University, and Brown University. Since 1968 he has been Professor of Art at Dartmouth College. His work is in numerous public collections, including thre Brooklyn Museum, The New York Public Library, the Whitney Museum, and the Metropolitan Museum, to name but a few. He has been artist in residence at the American Academy in Rome (1966-67 and again in 1975), and was elected a member of the American Academy and Institute of Arts and Letters in 1986. 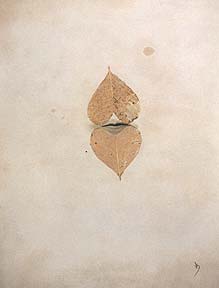