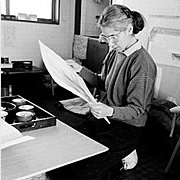 Sylvia Plimack Mangold was born in New York City. She studied at Cooper Union and at Yale University Art School where she got her Bachelor of Fine Arts degree in 1961. She married Robert Mangold after her graduation and they had two children, James and Andrew. Together the Mangolds worked as apartment house superintendents in their early years. From the start their work differed greatly. Sylvia Plimack is known for her intensely observed paintings of trees; unlike her husband she works from nature.

They moved to a comfortable farmhouse in Washingtonville, New York where they lived a very simple life. Their comfortable farmhouse was homey, lived-in and unpretentious. They painted in two separate studios on the property; her main workplace was a building without electricity set on a windblown hill overlooking the Hudson River.

Sylvia Mangold was influenced by Georgia O’Keeffe, Rene Magritte, Edward Hopper, William Harnett, Jasper Johns and Philip Pearlstein, among others. She served as instructor of painting and drawings at the School of Visual Arts in New York. In 1974, she travelled to Tuscany, Italy. 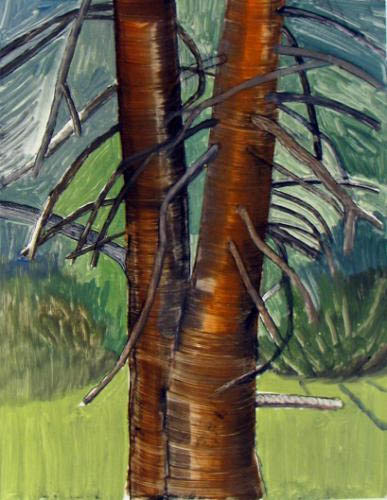 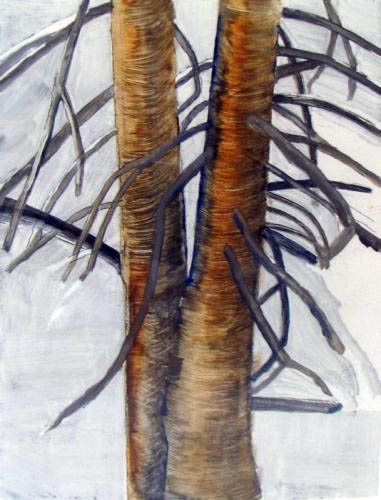 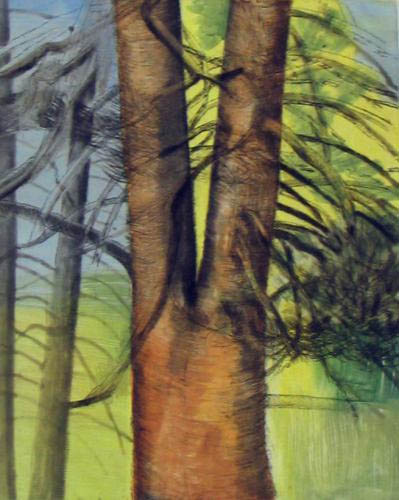 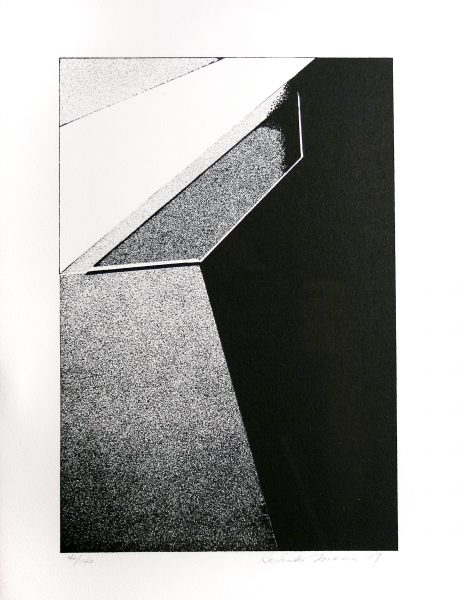 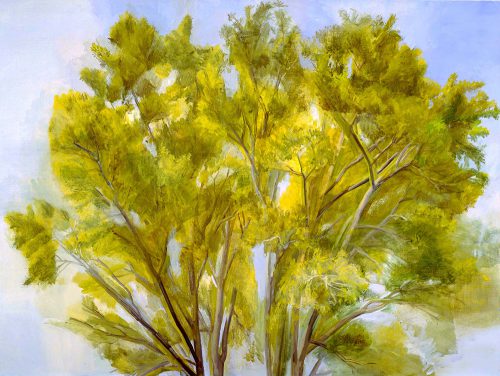