Bolivian born artist Rudy Ayoroa (1927-2003), was an internationally known painter, sculptor and printmaker. He is acclaimed by South American critics as one of the Southern Hemisphere’s major kinetic artists, and in the United States as one of the pioneer’s of kinetic art. He received classical training in Argentina and his works reside in permanent collections in museums throughout the world in such places as the Smithsonian Institution’s National Museum of American Art and the Hirshhorn Museum and Sculpture Garden in Washington, D.C.

Ayoroa was born in La Paz, Bolivia on September 16, 1927 to a prominent Bolivian family. He lived and worked in Bolivia, Argentina, Washington, D.C. and made Kentucky his final home. His love for Kentucky and his fascination with the Civil War inspired him to complete a series of 30 paintings, including one of the Battle of Perryville. 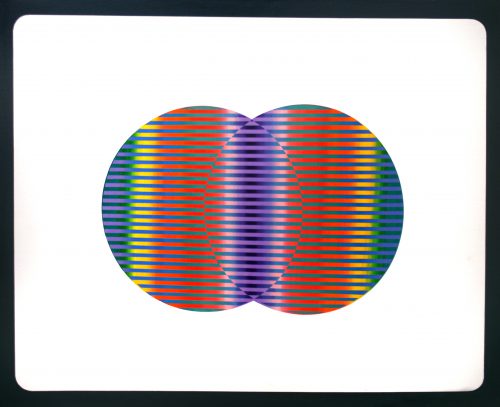