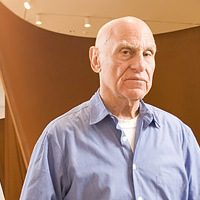 Richard Serra was born in San Francisco. While working in steel mills to support himself, Serra attended the University of California at Berkeley and Santa Barbara from 1957 to 1961, receiving a Bachelor of Fine Arts degree in English literature. He then studied at Yale University, New Haven, from 1961 to 1964, completing his Bachelor of Fine Arts degree and Master of Fine Arts degree. Serra trained as a painter at Yale, where he worked with Josef Albers on his book The Interaction of Color (1963). During the early 1960s, Serra came into contact with fellow artists Philip Guston, Robert Rauschenberg, Ad Reinhardt, and Frank Stella. In 1964 and 1965, on a Yale Traveling Fellowship, Serra traveled to Paris, France, where he frequently visited the reconstruction of Constantin Brancusi’s studio at the Musée National d’Art Moderne. He spent much of the following year in Florence, Italy, on a Fulbright grant, and traveled throughout southern Europe and
northern Africa. The young artist was given his first solo exhibition at Galleria La Salita, Rome, Italy, in 1966. Later that year, he moved to New York City, where his circle of friends included artists Carl Andre, Walter De Maria, Eva Hesse, Sol LeWitt, and Robert Smithson.

In 1966 Serra made his first sculptures out of nontraditional materials such as fiberglass and rubber. From 1968 to 1970 he executed a series of Splash pieces, in which molten lead was splashed or cast into the junctures between floor and wall. Serra had his first solo exhibition in the United States at the Leo Castelli Warehouse, New York City.

By 1969 he had begun the prop pieces, whose parts are not welded together or otherwise attached but are balanced solely by forces of weight and gravity. That year, Serra was included in Nine Young Artists: Theodoron Awards at the Solomon R. Guggenheim Museum, New York. He produced the first of his numerous short films in 1968, and in the early 1970s experimented with video. The Pasadena Art Museum, California, organized a solo exhibition of Serra’s work in 1970, and in the same year he received a John Simon Guggenheim Memorial Foundation fellowship. That year, he helped Smithson execute his earthwork Spiral Jetty at Great Salt Lake in Utah; Serra, however, was less intrigued by the vast American landscape than by urban sites, and in 1970 he installed a piece on a dead-end street in the Bronx, New York. He received the Skowhegan Medal for Sculpture in 1975 and traveled to Spain to study Mozarabic architecture in 1982.

Serra was honored with solo exhibitions at the Kunsthalle, Tübingen, Germany, in 1978; the Musée National d’Art Moderne, Paris, in 1984; the Museum Haus Lange, Krefeld, Germany, in 1985; and the Museum of Modern Art, New York, in 1986. The 1990s saw further honors for Serra’s work: a retrospective of his drawings at the Bonnefantenmuseum, Maastricht, The Netherlands; the Wilhelm Lehmbruck prize for sculpture in Duisburg, Germany, in 1991; and the following year, a retrospective at Museo Nacional Centro de Arte Reina Sofía, Madrid, Spain. In 1993 Serra was elected a fellow of the American Academy of Arts and Sciences. In 1994, he was awarded the Praemium Imperiale by the Japan Art Association and an Honorary Doctor of Fine Arts degree from the California College of Arts and Crafts, Oakland. Serra has continued to exhibit in both group and solo shows in such venues as Leo Castelli Gallery and Gagosian Gallery, New York City. He continues to produce large-scale steel structures for sites both in the United States and Europe. In 1997-98 his Torqued Ellipses (1997) were exhibited at the Dia Center for the Arts, New York. Serra and his wife, Clara Weyergraf-Serra, live outside New York and in Nova Scotia. 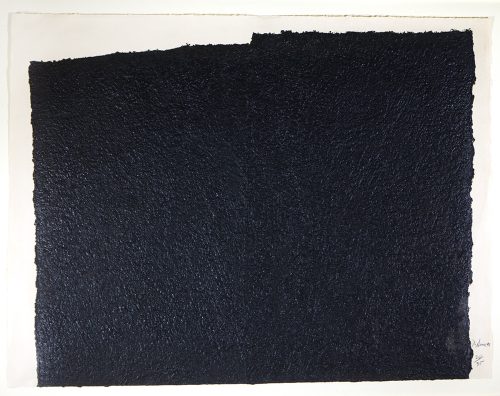 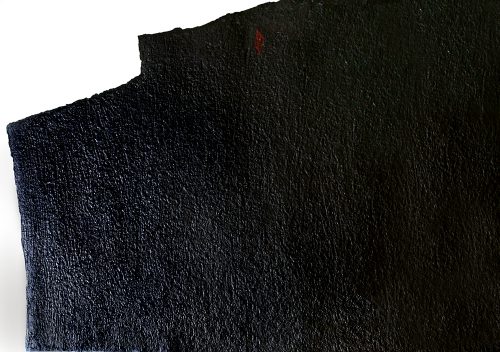 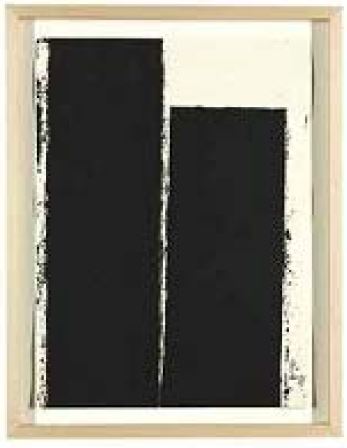 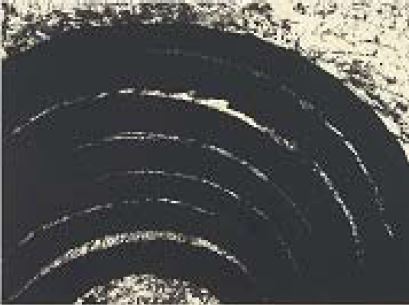