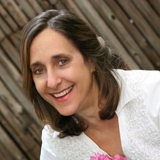 Phyllis Galembo, Professor of Photography, has had one person exhibitions at the International Center for Photography (NYC) and the American Museum of Natural History (NYC). She has also exhibited at the Smithsonian Institution, Washington D.C. Galembo is the author of Divine Inspiration from Benin to Bahia, University of New Mexico Press, 1993 and Vodou: Visions and Voices of Haiti, 10 Speed Press, 1998. Her most recent one person exhibition, Dressed for Thrills, was shown (Fall 2003) at the Museum at FIT, NYC and celebrated the publishing of her book Dressed for Thrills, 100 Years of Halloween Costumes and Masquerade, Harry N. Abrams Inc., Publishers, 2003. Galembo is the recipient of a Fulbright Scholar Senior Research Award to Nigeria and has also received grants from the New York Council for the Arts(NYSCA) and the New York Foundation for the Arts (NYFA). Her work is included in numerous public and private collections including the Museum of Fine Arts, Houston and the Polaroid Corporation. In connection to her work and exhibits Galembo has appeared on CNN, NPR Radio and NBC Today in New York City. For her recent exhibition at Steven Kasher Gallery her photograph “Beach, Haiti, 2004” was chosen for the cover of Photograph with an essay by Lyle Rexor and a review by Vince Aletti in the New Yorker September 15, 2008. Her one-person exhibit 2005 at Sepia International gallery in New York, was well received with reviews by Roberta Smith in the New York Times, Vince Aletti in the New Yorker, and Calvin Reid in Art in America, 2004. During 2008-09 Her work appeared in Tar Magazine, Damn Magazine and Harpers. Visit: Professor Galembo’s Website