Artist and arts editor for Harry N. Abrams publishers, Milton Fox wrote a 1972 volume on Renoir for the Great Ages of Art series. He trained as a painter at the Cleveland School of Art and later at the Adadémie Julian in Paris. He was invited to become “élève École des Beaux-arts” in 1926. Fox married fellow Adadémie Julian student Ruby Canfield in 1928. He returned to his alma mater in Cleveland to teach, then the Cleveland School of Architecture and Western Reserve University, where he received an M.A. Although a successful portrait painter in Cleveland and as a muralist (he painted two for the Cleveland Public Auditorium), his interest was always in writing. He joined the Education Department at the Cleveland Museum of Art, writing art reviews for the Cleveland News. After World War II was declared, he served as a camouflage painting instructor for the U.S. Civil Defense, 1942-1944. After the war, Fox left for Hollywood, writing scripts for movies and chairing the Education Committee of the Beverly Hills Institute of Modern Art. In 1950, Harry Abrams founded an art-book publishing company devoted to books which high-quality illustrations. Fox joined the New York firm as its Vice President and Editor-in-Chief. At Abrams, he edited most all of the firms books, many first published in other countries. In 1956 he edited a volume the Suite Vollard. Abrams’ brainchild, The Library of Great Painters, saw unusual fruition under Fox. Major art historians were commissioned to write significant though briefer essays on artists, accompanied by a series of fine-colored plates and one-page analysis of the work. This unusual format, modeled on a series by Phaidon resulted in important art histories including two by Meyer Schapiro (Cézanne and van Gogh), William Seitz (Monet), Walter Friedländer (Poussin), Robert Rosenblum (Ingres) and Robert Goldwater (Gauguin). Fox himself wrote the volume on Renoir in 1972. During this time Fox consulted on two NBC television programs on art, “The Museum Without Walls” and “The Louvre, Golden Prison.” Fox’s later years were overshadowed with serious heart troubles. He suffered a number of attacks, each time returning to work. He suffered a fatal attack at home at age sixty-seven. A memorial volume published in his memory comprised essays by the most important art historians of his era in 1974. 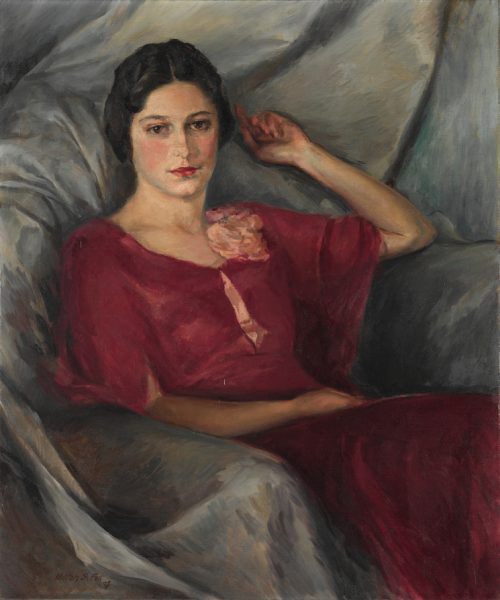