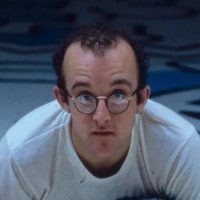 Keith Haring (1958-1990) rose to prominence during the 1980s in New York City when he became actively involved with the local art and street scenes. Since the onset of his career, he began painting in public spaces—like subway stations and sidewalks—using the city as a canvas to develop his uniquely distinctive aesthetic defined by bold lines and bright solid colors. 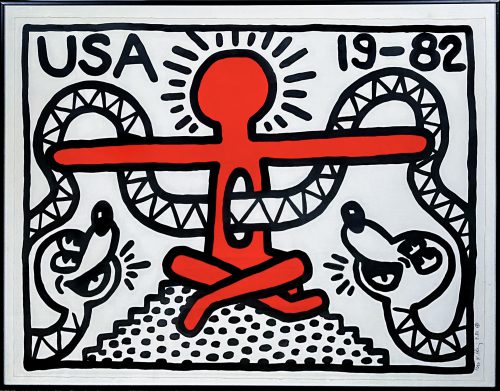