Texas landscapist Emma Stockman Hendricks was born on September 1, 1868, in Suisun, California. She was only twelve when she attended the California School of Design in San Francisco, having moved to Napa Valley. In the 1880s, she studied with Sarah Campion at the Young Ladies Seminary and with Oxley Miller in Napa.

In New York City, before 1893, she studied at the National Academy of Design. In 1929, Hendricks took a summer session of study at the Broadmoor Art Academy, Colorado Springs, and worked with artists Jose Arpa and Adele Brunei of San Antonio and Dallas, respectively. She also attended the Santa Fe School of Art.
She married Harrison Hendricks in 1989, and the couple moved to Fort Worth, Texas.

In 1899, Hendricks won a prize at the California State Fair, Sacramento. Her best-known painting may be Palo Duro Canyon that was awarded first-prize, in 1927, at the Cotton Palace Exposition, Waco, Texas. Palo Duro Canyon is in the collection of the Amarillo Public Library. Some titles of Hendricks’s other paintings include Taos Pueblo, Santa Fe Creek, Spring in South Texas, Rio Grande Valley; Blue Bonnets of Texas, and Cimarron Canyon.

In 1921, she organized the Amarillo Art Association, serving as its president for many years. She exhibited with this group and at the Tri-State Fair, Amarillo; Texas State Fair, Dallas; Museum of New Mexico, Santa Fe; Fort Worth Museum of Art; Southern States Art League; and Texas Tech Museum, Lubbock. 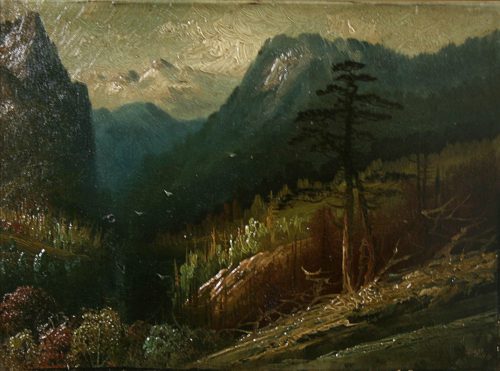