CLOVIS MWILAMBWE NGOY, now 21 years old, began drawing as a child- undisciplined at first, he was a fan of Manga Planet and Dragon Ball Z, and he practiced by copying the drawings of Akira Toriyam, the creator of his favorite animated images. Later, while passing by the home of Mopela, an older artist, Clovis was fascinated to see the old painter confronting a canvas. After that, Clovis stopped often, “just to see how Mopela paints.” He couldn’t stop himself: he drew with renewed vigor, everywhere, at all times. One day, the teacher asked a question which he did not hear because he was drawing. His parents were called: the punishment was 10 lashes to his hand. Clovis swore that he would not draw any more. However, he could think only of drawing. To learn how to handle a paint brush, he approached the painter Eddy secretly, encouraged by his grandfather who told him that “If you believe very strongly in something, you can achieve it.” For several years after this, Clovis has worked on perfecting technique in his art and concentrating on real subjects and everyday life: advice given him by another mentor.
In 2010, he joined the MAONI arts collective, where the feeling of creative freedom and the sense that he is “part of the family” help him transcribe in what he sees, hear, and feels. He has also exhibited his work with the group for the first time. 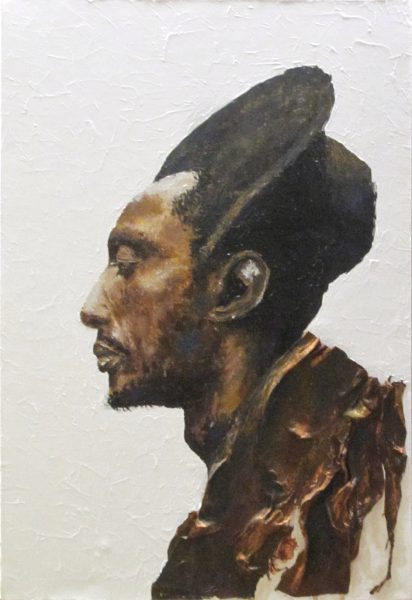 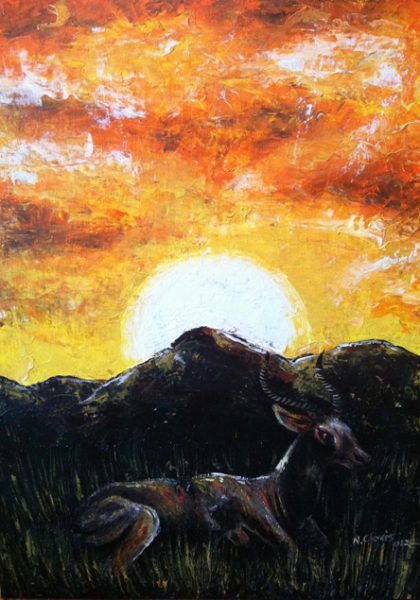 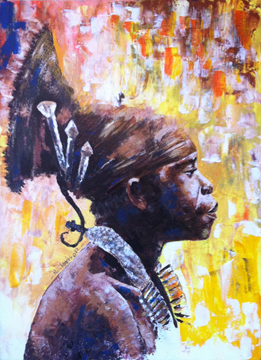