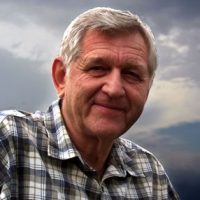 “I was first drawn to the landscape when I moved to a second floor studio on a hillside near San Antonio, Texas. Suddenly, I could see an epic drama; the relentless expansion of the city into the surrounding countryside. Above, the luminous expanse of sky evoked nature’s endurance.
I have sought a variety of painting motifs, travelling to Ireland to paint the elemental clash of sea and shore, and to Tuscany where there is an intricate harmony between the vineyards, orchards and villages.

I continue to work in Texas and New Mexico, preferring to paint in plein air to better grasp the light, air, space, and solidity of form. My paintings in this exhibition were done on a ranch near Boerne, in the Texas hill country. I hope these works from a distant part of our world will give you a sense of light, space, and vitality that I experience while I paint.” 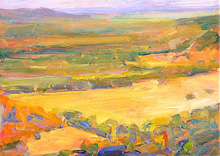 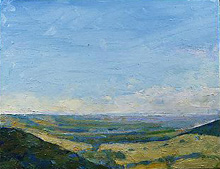