“Presenting my work in another culture put to [the] test the assumptions and expectations of my efforts. Overall, the experience allowed me to gain insights into various aspects of my work. Also, I think I was able to hone in on what actually is the initial appeal of using smoke. Professionally speaking, the experience has allowed me to sharpen my focus; I want to further develop the fundamental primordial aspects of the visual work I produce.”

Artist Dennis Lee Mitchell, whose work was selected by Ambassador Bass and Mrs. Holzer Bass for their Art in Embassies exhibition at the Residence in Ankara, traveled to Ankara and Istanbul, Turkey, in February of 2016 for a series of workshops and lectures. The exchange programs, developed by Art in Embassies and the Public Affairs Offices in both Istanbul and Ankara, were aimed at different audiences, including university and high school students. The artist’s unique approach and mastery over his medium in his ‘smoke drawings’ were key components of the hands-on workshops at the studio of two Turkish artists. On the first day of the exchange, Mitchell met with Çankaya Municipality officials and artist Turhan Çetin at the OSTIM studio outside of the city center of Ankara. At Çetin’s studio, Mitchell demonstrated his technique and conducted a workshop with twenty-five vocational high school students and five teachers.

“I think the audiences felt connected to my presentations because many individuals engaged in asking questions and sought me out to have one-on-one time to talk with me after the presentations. The college and high school students were particularly excited to engage in the hands-on workshops using torches.”
After the workshop, the artist traveled to Hacettepe University School of Fine Arts for the presentation and artist talk in the afternoon. A dinner at the Residence of the Ambassador with local artists, academics, and officials from the Ministry of Culture concluded the first day.

On Wednesday, February 17, Mitchell and the Public Affairs team visited Gazi University School of Fine Arts in Gölbaşi, where they met with the dean and faculty members before his artist talk. The lecture for students and faculty featured the artist’s latest works on paper, as well as an overall view of his art career including works formed in clay and fired with a blowtorch, in lieu of a kiln. After the lecture Mitchell traveled to CerModern where he gave another talk, this one open to the public.

The following day, Mitchell traveled to Istanbul. His first workshop of the day was conducted at ASAS, Turkey’s largest aluminum factory which is located about two hours outside of Istanbul and has an art center within its compound. The attendees included young and prominent Turkish artists, art students, and factory workers. “One of the workers at the aluminum factory said he was going to try smoke drawing on Sunday, his first day off.” On Friday, February 19, Mitchell conducted an artist talk covering the full scope of his career for an audience of over one hundred students. That afternoon, he visited Istanbul Modern to see the recently opened exhibition Till It’s Gone.

On the last morning in Istanbul, Mitchell conducted his final workshop for a group of Kurdish children ranging in age from eight to fourteen years old at the Başak Sanat, a Kurdish cultural center. The children asked questions and then had fun making smoke drawings with candles. One girl told Mitchell during his works that she “…wanted to be a serious artist.” 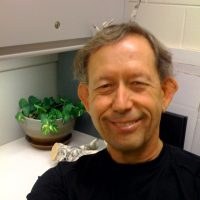