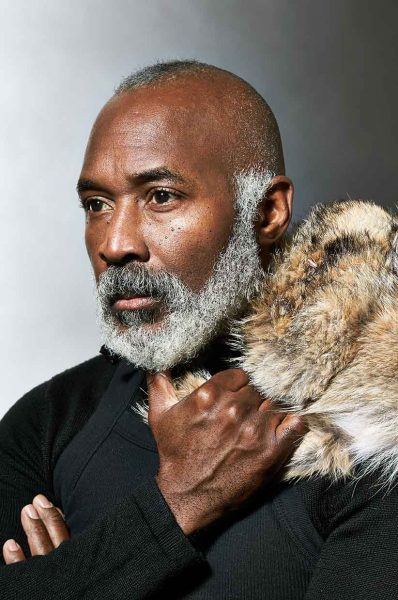 Nick Cave was awarded the Medal of Art for his longtime contributions to Art in Embassies and cultural diplomacy on January 12, 2017.

Nick Cave (American, b. 1959) is a messenger, artist, and educator working between the visual and performing arts through a wide range of mediums inclusive of sculpture, installation, video, sound, and performance. Known for celebrated Soundsuits, his solo exhibitions have expanded from the United States to include France, Africa, Denmark, Asia, South America, and the Caribbean. He has been described as a Renaissance artist and says of himself “I have found my middle and now … working toward what I am leaving behind.” Cave teaches at the School of the Art Institute of Chicago, Illinois. Currently on exhibit at Massachusetts Museum of Contemporary Art is Cave’s monumental installation, Until, described as an immersive environment provoking vital exchanges about class, race, identity, and guns.