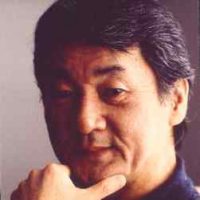 eing born to a father who was an artist and a mother who was an accomplished musician was auspicious enough, but it was not long before Young-Il Ahn exhibited extraordinary talent in art, resulting in his first exhibition at the age of six in Japan where the family was residing. His study in art continued upon return to his native land of Korea after the Second World War, eventually completing his formal studies at the Seoul National University of Fine Arts. Well before college, he was already regarded by the established artist community as a major talent to reckon with, and before long he was elected to membership to the National Artist Association of Korea, a singular and coveted recognition as an artist in that country, not to mention the numerous awards and exhibitions for someone so young. After a brief period of teaching, he came to America and settled to devote himself totally to the life of creative artist.

Many exhibitions followed in America and in other countries, privately and through the Zachary Waller Gallery of Los Angeles. A large number of his works are proudly possessed and eagerly sought after by many patrons and collectors alike. His 1982 exhibition in Seoul, first in well over a decade on his native soil, caused a considerable stir, reawakening the memories of his earlier youthful works and recognizing the evolutionary changes in his art. He continues to use the palate knife exclusively, but viewers familiar with his earlier works will appreciate the present exhibition’s increased abstraction and expanded scale, replacing the earlier compositional clarity and economy, while maintaining subtle orderliness and impressionistic atmosphere.

He works quietly and relentlessly in his Los Angeles studio, shunning publicity and activities unrelated to art. While away from the canvas, he plays piano, clarinet and cello, unable to sever his long-standing love affair with music that dates as far back as his chosen profession. 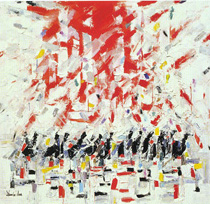 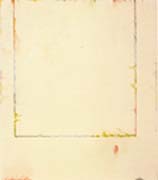