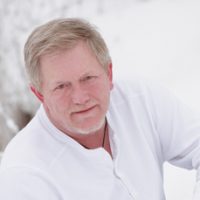 Woody Walters has become one of the nation’s premier artists. Walters’ photographs are a celebration of renewal and change. In his latest portfolio “Reflections of Christ,” Walters has pushed the boundary of photography to new and exciting limits allowing him to give a visual testimony in strikingly complex imagery. During a career that spans decades, Walters evolved from a commercial photographer and fine art black and white landscapes artist, to one of the newest Christian artists. His client list included Walt Disney World, Blockbuster Video, Ilford Photo, Mamiya Camera, Calumet, and Burger King.

His black and white landscapes are reminiscent of Ansel Adams and depict the beauty of nature’s diversity. The portfolio”Faces In Time” takes the viewer back to an age of Americana that is forever lost. One of the images from that portfolio, “Lill”, was purchased for donation to the Smithsonian. In 1994 his distinctive photographs of Florida were published by the University of Florida Press in a book entitled, “Visions of Florida.”

The reason for the inspiration for “Reflections of Christ” came from a very spiritual place within his heart. “After viewing the many negative portrayals of Christ that are found in art today, I felt compelled to take a positive approach to the depiction of Christ. With the experiments in combined imagery this work is now a reality.”

Through his diverse portfolio subjects, Walters’s work is sought after and appeals to a very wide audience. Walters’ works appear in museums and galleries throughout the world, including Ansel Adams private collection, the Smithsonian, the Tampa Museum of Art, the Yergeau-Musee International d’Art in Canada, the Milwaukee Art Museum, the Hoyt Institute of Art, the Pensacola Museum, the Madison Museum of Art, a private collection at the Vatican in Rome, and is featured in many international tours with the United States Embassy.

Walters has been in the top five photographer’s in Iowa seven times. He has also received the Top Heart of America Photographer five times, a record in the state of Iowa. He received his Masters and Craftsman Degrees from PPA in July 2003. Sixteen images were chosen for the prestigious loan collection and he received the coveted Medlar Award for the top portrait at the April 2000 affiliated competition. In 2005 he received the Imaging Excellence Award from Professional Photographers of America. To date Walters has collected an astounding eight Kodak Gallery Awards and two Fuji Masterpiece Awards. He is one of the only photographers to receive two perfect scores in print competition for his images “My Ex Wife” and “Born in the USA.”

Walters contributes to many business and industry magazines on a regular basis and is in demand on the lecture circuit. He teaches across the country offering photographic workshops for beginners to the very advanced and his self published instructional DVDs “Inside Woody’s World” has been highly regarded by professionals.

When he is not teaching he is doing what he loves most, creating images and teaching digital imaging at his website digitalphotocandy.com 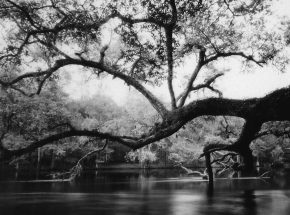