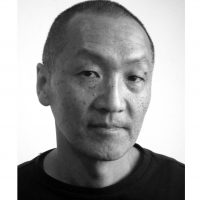 Whether in large-scale public installations or major museum exhibitions, Wing Young Huie creates up-to-the-minute societal mirrors of our changing cultural landscape. Huie, a self-taught photographer, has been documenting communities in Minnesota and throughout the United States for over thirty years. His three books, Frogtown: Photographs and Conversations From An Urban Neighborhood, Lake Street USA, and Looking for Asian America: An Ethnocentric Tour, are used in many K – 12 and college classrooms. His fourth “book” is a two-issue magazine published in 2010-The University Avenue Project, The Language of Urbanism: A Six-Mile Photographic Inquiry.

Huie’s photographs have been exhibited in museums worldwide, including the Ludwig Museum in Budapest, Hungary, the Walker Art Center and the Minneapolis Institute of Art in Minneapolis, and the Minnesota Museum of American Art in St. Paul. But his most impactful projects have brought the concept of the museum to the street. The Minneapolis Star Tribune stated, “Lake Street USA is likely to stand as a milestone in the history of photography and public art” and later hailed the resulting book as one of the 25 most important books ever published about Minnesota.

I am the youngest of six and the only one in my family not born in China. For most of my life I’ve looked at my own Chinese-ness through a white, middle-class prism. Growing up in Duluth, Minnesota made it easy. After all, I was weaned on Snoopy, Mary Tyler Moore, and the Vikings. Mom made me pray to Buddha every New Year, but it was Jesus Christ Superstar who became my cultural touchstone. The result was that sometimes my own parents seemed exotic and even foreign to me. That hyphenated experience informs much of my work.

The process of photographing and interacting with people has remained, for the most part, the same since I photographed my own neighborhood in Duluth. I simply walk around, encountering people on the street who then suggest or introduce others to photograph. I continue to focus on submerged communities that exist on the periphery of the cultural radar. I want to reveal not only what is hidden, but also what is plainly visible and seldom noticed.

It’s difficult to sum up what I’ve seen and learned. Sometimes I get asked, “What is the purpose of what you do?” I’m never quite sure how to answer. I think about my first photographic subject-my father, who worked seven days a week and came from a culture I’ve only experienced secondhand. In a way, making those exposures of him may have been one of the most intimate things I ever did with a person who was not easy to know. Maybe that’s the reason.

“Wing Young Huie’s remarkable photographs have a touch of early-century Lewis Hine, a hint of the Great Depression’s Walker Evans, and a dash of Edward Hopper’s paintings, reflecting the loneliness and apartness of the them who are really us.”
– Studs Terkel