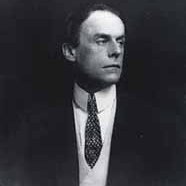 William Sergeant Kendall was born at Spuyten Duyvil, New York, in 1869. When he was still a boy he dropped the use of his first name and began signing his work Sergeant Kendall, using his mother’s family name.

With the encouragement of his family, Kendall enrolled at the Brooklyn Art Guild when he was fourteen. Thomas Eakins was Kendall’s first teacher and an everlasting influence on his choice of subject. When Eakins returned to the Pennsylvania Academy of the Fine Arts in 1884 Kendall continued there with him.

In 1886 Kendall returned to New York and studied with Harry Siddons Mowbray and J. Carroll Beckwith at the Art Students League. Eakins, Mowbray and Beckwith had all been trained in France, which undoubtedly convinced Kendall to leave for France in 1888. In 1889, Kendall moved to the Academie Julian, where he worked on and off for three years. He passed the difficult entrance examination to the Ecole des Beaux-Arts, but did not like the school enough to spend much time there.

Returning to the United States in 1892, Kendall took a studio in New York City. At the Cooper Union, where he taught a women’s painting class from 1892 to 1895, one of his students was Margaret Weston Stickney, whom he married early in 1896. Their first child, Elisabeth, was born that fall. With Elisabeth’s birth Kendall found his subject matter: his family. Beatrice was born in 1902 and Alison in 1907, so for about twenty-five years there was always a Kendall child to paint.

Kendall’s pictures of his family fall into four principal categories: mother and child, girl and mirror, tree pictures, and youthful nudes. The subject he loved the most and which he painted most extensively was mother and child. Kendall remained an active painter until his death, in Hot Springs, Arkansas, in 1938. 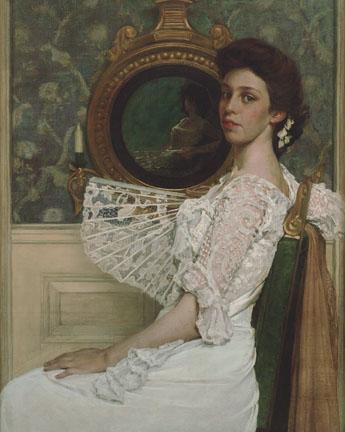