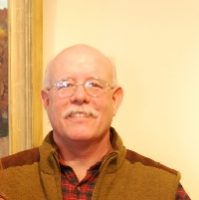 One of the leading American artists in the representational/plein air tradition, West Fraser has built his career on richly painted, atmospheric vistas of cities, coasts, and the landscape throughout the United States and internationally—from the pristine Sea Islands of South Carolina and Georgia, to the hill towns of Tuscany. An inveterate traveler, he has painted throughout the Caribbean, Central America, Europe and Scandinavia. Yet his passion always draws him back to the marshes and landscape of the Georgia and South Carolina Coast.

Fraser was born in Savannah, Georgia, in 1955, and raised in nearby Hinesville until 1964, when his family moved to Hilton Head Island. He graduated from the University of Georgia with a Bachelor of Fine Art’s degree in 1979. The following year in Savannah, he worked independently as an illustrator and began his first serious painting in watercolors. From 1980 to 1984, he lived in Buck’s County, Pennsylvania, and began traveling up and down the New England coast to paint maritime subjects and harbor scenes. In 1984, he settled in Charleston, continued his work in watercolor through the late 1980s. The realistic, detailed marine compositions from this period resulted in early critical recognition, with a 1984 two-man show at the Grand Central Art Galleries in New York City, and his first one-man exhibition at the Gibbes Museum of Art in Charleston in 1986 through early 1987.

By 1986 Fraser had already evolved in a looser, more lyrical watercolor style, and by 1989 had started producing his first oil paintings created from life in open air—en plein air—a style based on an impressionistic rendering of light, color and atmosphere on the forms of landscapes, city scenes, and marine views. Since then he has explored his vision in this vein—constantly developing his formal and expressive skills in portraying subjects ranging from panoramic urban rooftop views, to intimate streetscapes, to remote island marshlands. Working in plein air liberated Fraser from his studio, placing him into the rich fabric of urban life, or by contrast, into unspoiled natural environments, where he has recreated the light and colors of seasons, times of day, and varied atmospheric effects on landscapes and city scenes.

In 1990, he shifted to representational/plein air painting in oil. Since then, he has primarily specialized in coastal landscapes, streetscapes and travel paintings. Through his many accolades and awards, he has achieved a national and international reputation as a master of creating a natural light in his luminist paintings. Fraser has been given 6 solo museum exhibitions in the Midwest, the Southeast, and California. His most recent exhibition is in April 2007, at the Bakersfield Museum of Art titled: As I See It, Paintings by West Fraser. Fraser has been published extensively, including features in Art and Antiques, Plein Air Magazine, The Robb Report, Southern Accents, American Artist, Nautical Quarterly, Southwest Art and Hemispheres, to name a few. In 2000, he represented South Carolina in the bicentennial celebration calendar published by the White House Historic Association. In 2001, the University of South Carolina Press published the monograph Charleston in My Time: The Paintings of West Fraser, which was accompanied by a traveling exhibition to Southeastern museums. In 2006, Fraser painted the official portrait of SC Governor Mark Sanford.

Fraser garnered his first award in 1984; The John Young Hunter Award from Allied Artists of America. Since then he has had numerous honors and awards including, Awards of Excellence from Mystic International, the Mary S. Litt Award, The Pursuit of Excellence/American Master Award from the Hubbard Museum of Art to name a few.