Red Star’s work layers influences drawn from her tribal background (Crow), daily surroundings, aesthetic experiences, collected ephemera and conjured histories that are both real and imagined. Through her photographs and sculpture, new universes are built, simultaneously urban-rural and high-low with their own language of symbols created from such seemingly disparate sites as HUD houses, rez cars, three legged dogs, powwow culture, proliferative indigenous commoditization, and Red Star’s personal collection of memories growing up as a half-breed on the Crow Indian reservation. The work represents an insider/outsider view that is wrath with complexity and contradiction, its most salient attributes. Red Star’s unruly approach examines a cross section of American cultures and their very consumption while also being a meditation on her own identity. Exploring the intersection between life on the reservation and the world outside of that environment. Red Star thinks of herself as a cultural archivist speaking sincerely about the experience of being a Crow Indian in contemporary society. 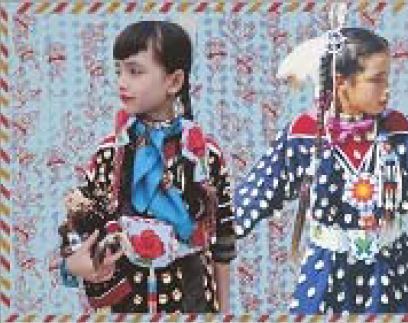