Born in Greensboro, North Carolina, Warren Brandt is a painter whose styles stemmed from the cubism of Paul Cezanne as expressed by the Abstract Expressionist, Willem de Kooning and became simplified in form, and more clearly representational as in the form of Henri Matisse and the Post Impressionists while incorporating the bold strength of line of Max Beckmann and the noted German Expressionists. Brandt’s simply curvaceous line, precious gobs of paint and elaborate studio set-ups reflect on those artist’s he much admired. His is an earthy celebration of the abundance of things. What is so ingratiating about Brandt’s work is how much he loves it, loves paint, loves his cluttered studio.

Brandt studied with Yasuo Kuniyoshi at the Art Students League and then served as an official portraitist in the Army during World War II. On the GI Bill, he attended Washington University in St. Louis and was a student of Max Beckmann and Philip Guston, while keeping close ties to the Abstract Expressionists in New York.

Brandt was head of the Art Department of Salem College from 1949 to 1950. He taught at Pratt Institute from 1950 to 1952 and was an instructor at Guilford College in Greensboro, North Carolina in 1952. He was named chairman of the Art Department of the University of Mississippi from 1957 to 1959, taught at Southern Illinois University from 1959 to 1961; School of Visual Art, New York City from 1962 through 1963 and Director of the New York Studio School in 1967. He became a Member Academician of the National Academy of Design, New York. 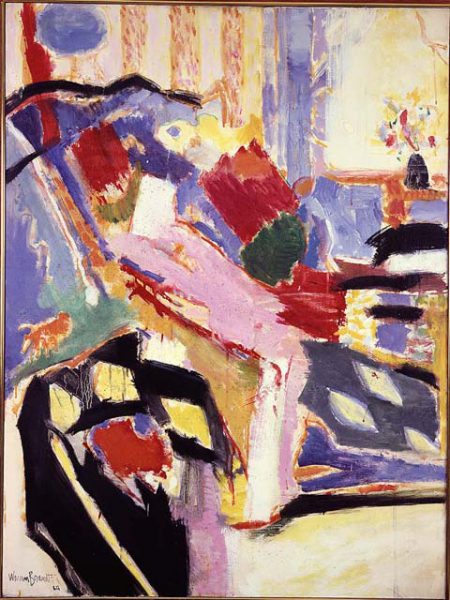 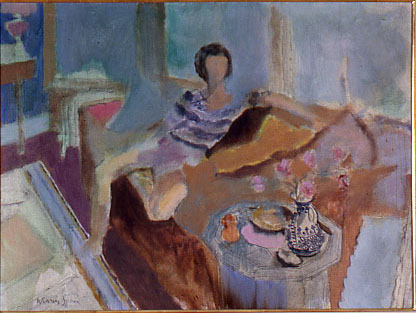