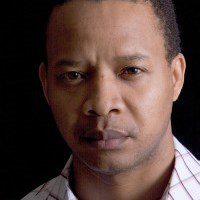 Victor Ehikhamenor is an acclaimed Nigerian artist and poet whose work draws on cultural sources from his native country. For Ehikhamenor, the spirit of his local Nigeria is essential to his art, especially when he works away from his home in Europe and the United States. “It’s my way of bringing that seed from the village to become a blossom,” he has said. Indeed, Ehikhamenor’s work is deeply invested in memory and the intersection of African and Western culture.

Ehikhamenor’s sculptural approach to his painted canvases is inherently connected with his Nigerian identity. The end result, he says, resembles geles, the large, colorful head-ties worn by Nigerian women. “It’s a tribute to my mother,” he says. Ehikhamenor’s novel approach to the canvas is also rooted in formal exploration. As he has said, “I decided to free the canvas and see what else I can do with canvas, instead of the traditional way of stretching canvas around bars and framing them.” Freeing his canvas from two dimensions makes his work more immediate and potent.

Ehikhamenor was born in Udomi-Uwessan, Edo State. He has a BA degree in English and Literary Studies from Ambrose Ali University. He also holds an MS in Technology Management and MFA in Creative Writing from University Of Maryland, College Park, USA. He has been prolific in producing abstract, symbolic and politically motivated works with unmistakable ties to his old Benin Kingdom background. His works are influenced by the duality of African traditional religion and the interception of Western beliefs, memories and nostalgia. His symbols and motifs are reminiscent of his childhood village shrines art drawn by women. He has had numerous exhibitions with a strong following in Nigeria, United States and Europe.

As a writer, he has published numerous fiction and critical essays with academic journals, mainstream magazines and newspapers from around the world including: New York Times, CNN Online, Washington Post, Farafina, AGNI Magazine and Wasafiri Magazine. His art and photographs have been used for editorials as well as book covers by award winning authors like Chimanmada Adichie, Helon Habila and Chika Unigwe. His book ‘EXCUSE ME!’ — a satirical creative non-fiction view of life as an African both at home and abroad is a recommended text in two Nigerian universities. 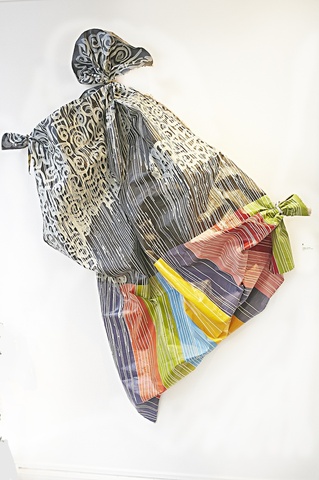