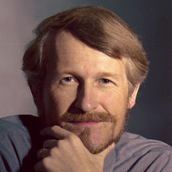 Tom Toles, who was awarded the Pulitzer Prize for editorial cartooning in 1990, is the editorial cartoonist for The Washington Post. His cartoons appear in the newspaper and on its Web site every day except Saturday, and are syndicated in nearly 200 publications nationwide.
Toles began his career at The Buffalo Courier-Express, and has also been the editorial cartoonist for The Buffalo News, The New York Daily News, U.S. News and World Report and The New Republic. In addition to the Pulitzer Prize, Toles has received the National Headliners Award, the Overseas Press Club Thomas Nast Award, the John Fischetti Award and the H.L Mencken Free Press Award. He has been named Cartoonist of the Year by Editor & Publisher magazine, The National Cartoonists Society and The Week magazine.
Toles has also produced a syndicated a comic strip, “Curious Avenue,” and a syndicated panel, “Randolph Itch, 2 a.m.” His cartoons are collected in six books, and he is the author of a children’s book, “My School Is Worse Than Yours.”