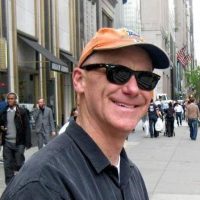 Tom Christopher is a classically trained draughtsman, who worked first in publishing. Moving to New York City in 1981 he went on drawing assignments for CBS News in downtown Manhattan. This experience in part formed the foundation for a narrative and journalistic approach to his art.

Although born in Hollywood, and steeped in the LA culture, he became obsessed with painting household objects and tools, and would always carry a sketchbook, endlessly drawing and recording everything from subways to skyscrapers. In 1987 New York was a dark city, crime ridden and gripped by fear. But, as he put it: “One day walking around Times Square, the clouds cleared and I had an epiphany of sorts. The City exploded in a blaze of expressionistic colors with the brilliant laser white light sculpting the buildings, cabs, messengers and scurrying figures. At once I realized my mission; try and capture the narrative, the beauty and the magnetic pull of the epicenter of this modern urban city.”

Now his subject matter is largely focused on the streets of New York, using the subject of the city as a launching pad to explore the many aspects of man’s struggle in an urban environment.
“I think it’s interesting to tell a story about people in the city and not necessarily be concerned about what the finished product will look like. The last thing an artist should do is to set out to try and make ‘art’. I find that if you have something to say, just paint, most of the time it will find it’s own way.” Says Christopher.
Exerpted from: Dr. Louis Zona, Director and Chief Curator, The Butler Institute of American Art, Youngstown Ohio 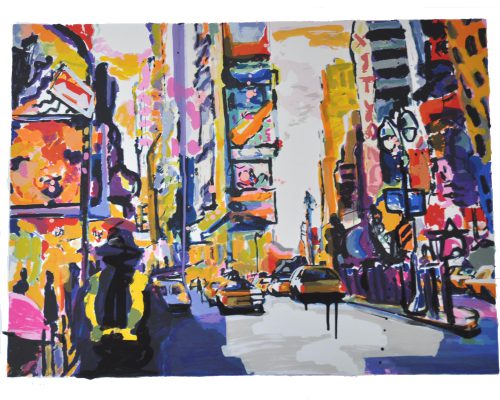 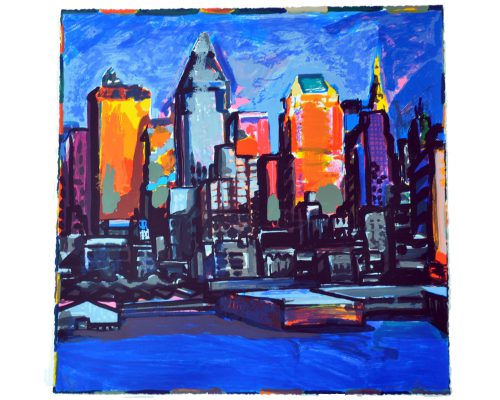 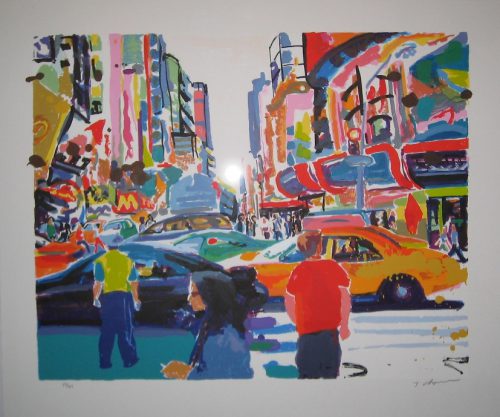 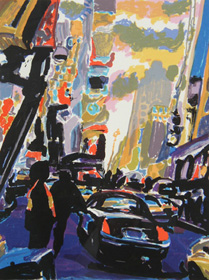 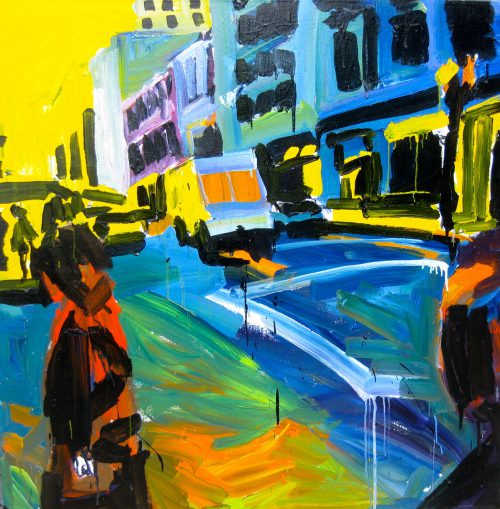 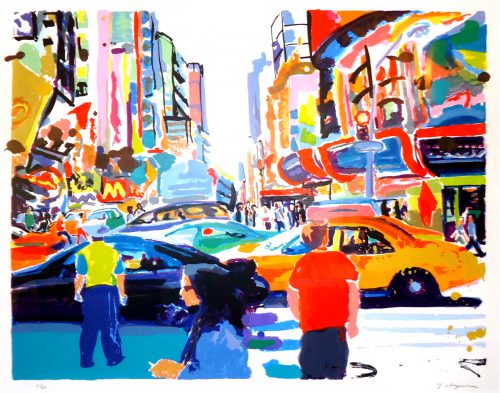 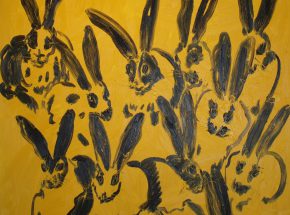