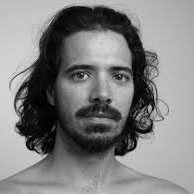 Todd Forsgren’s ornithological photographs are scientific, conceptual, and enthralling. He captures the precise, extremely vulnerable moment in which a bird has been captured in a “mist net,” which acts like a spider web. Ornithologists use this method to capture birds for scientific study: They are measured and tagged, and then released back into the wild, unharmed. Nonetheless, the moment these birds become stuck in the nets is fraught.

Each of the three birds on display at the Santo Domingo embassy is native to the Dominican Republic, making the vulnerability of the moment captured in the photographs all the more poignant. Forsgren says that his photographs are “a reflection on our desire to name, classify, and quantify diversity.” Further, he says, “These photographs are my attempt to consider the systems we use to measure and define the world around us while also remaining open to new insights, approaches, observations, and surprises.”