Tim Prentice, kinetic sculptor, received a Masters Degree in architecture from Yale in 1960 and founded the award-winning firm of Prentice and Chan in 1965.

Ten years later, he established a studio in Cornwall, Connecticut to design and fabricate kinetic sculpture. His corporate clients include American Express, Bank of America, Mobil, AT&T., and Hewlett-Packard. In the last few years he has completed installations in Japan, Korea, Northern Ireland, and Australia.

His work grows out of the tradition of Alexander Calder and George Rickey, but in a recent review the critic Grace Glueck stated that his work’s ‘gently assertive character is very much his own.’ He shows with Maxwell Davidson in New York. 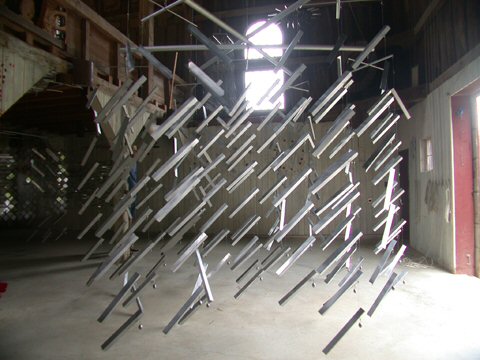