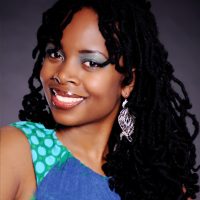 “My work deals with the social, spiritual and cultural identity of people of African ancestry. Jamaican people and my memories of living there, served as a catalyst for this body of work. The intent of my work is for it to function as a voice for those ‘every day’ folk who are overlooked and shunned because of their station in life. In order to fully represent the intrinsic beauty of many of these individuals, I decided to emphasize society’s fascination with materialism and splendor by using bright colors, golden washes, silk fabrics, and bold patterns. I found that the most powerful images of our time were those that demanded attention and admiration, and I wanted these individuals to have their moment to shine, thus many of my paintings feature singular portraits.

Inspired by the golden period of Gustav Klimt and images of royalty from Egypt and West Africa, I decided to turn regular folk into nobility. Each piece of art is an allegory that represents the soul and spirit of the individual. Their regal state embodies all that is often hidden and overlooked. My work is not about egoism; it is about empowerment of the spirit and recognition of the beauty within. The golden headpieces worn by all of the subjects in my paintings represent mystical crowns, halos, armor and weaponry for the spiritual warriors. The birds in my paintings are symbolic of my personal struggle with illness, and a representation of my survival and freedom from it.

While I enjoy using a variety of mediums to create, my medium of choice is acrylic paint. I also use a variety of mixed media to achieve my goals, including gold leaf and fabric. I am fascinated with the idea of the flat juxtaposed with the volumetric, particularly since most of my work is about emphasis on the individual. I chose to use quilting in my pieces because it denotes a strong historical connection to African ancestry.”

Tamara Natalie Madden was born in St. Andrew, Jamaica and raised in Manchester, Jamaica. It was during her childhood in Manchester that Madden was exposed to her first artistic influences. She continued to pursue art during her high school years, studying advanced literature, photography and creative writing. In 1992, when her art teacher passed from cancer, her sadness, along with teenage concerns, diverted her attention from art. Tamara created art sporadically for the next few years, with her passion eventually dissipating as life issues took precedence over her creativity.

In 1997, Madden was diagnosed with a rare genetic kidney disease called IGA Nephropathy. Over the next few years she would watch her body deteriorate while she tried to maintain sanity amidst all of the toxins collecting in her body. In order to maintain some semblance of normalcy, she began to create again. In 2000, she took a trip home to Jamaica in hopes of reuniting with family and finding a long lost brother. She had no idea that the trip would save her life. Her brother offered his kidney to her upon seeing the condition that she was in. This amazing offer was consummated in 2001 with Madden undergoing a successful kidney transplant. That year she participated in her first art exhibition, making good on the promise that she had made to herself long ago to become a professional fine artist.

Madden’s work has been featured in newspapers and magazines, including, but not limited to, the New York Times International, the Jamaican Gleaner, and Upscale Magazine, and has been collected worldwide. Many of her pieces are in the permanent collection of prestigious universities, such as the Margaret Cunninggim Center, Women and Gender Studies Department and History Department of Vanderbilt University in Tennessee. She is also in the permanent collection of Alverno College in Wisconsin, The Mother Kathryn Daniels Community Center in Milwaukee, Wisconsin, The Charles H. Wright Museum of African American History in Detroit, and many collections of note worldwide. She’s exhibited in many group and solo exhibitions, and was a recipient of an individual grant from the Puffin Foundation for her project, “Never Forgotten”, which focused on combating poverty worldwide. She was recently added to MSNBC’s The Grio top 40 artists to watch for 2014. 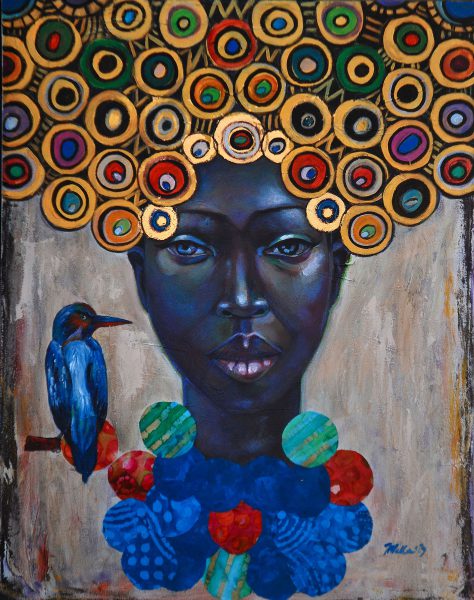