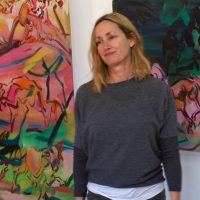 Suzanne Unrein grew up among swamps, alligators, mossy oaks and hundreds of varieties of birds in the coastal towns of Florida. Her travels and encounters with animals in Mexico, South Africa, Borneo and Bali have contributed to her vibrant worlds where the animality of humans plays within a world of beasts. A California native and a current New Yorker, her work has been exhibited in galleries and museums throughout the U.S, with solo shows at Rare Gallery in NYC, and Los Angeles, Dallas, Chicago, and the Hamptons. Her work was recently spotlighted in The Oxford Handbook of Perceptual Organization (Oxford University Press) and the focus of the short film, Hands & Eyes, that premiered at the Hamptons International Film Festival. She’s the art editor for Figure/Ground magazine and a contributing writer to Delicious Line. Her first curatorial project, Afflatus, will be exhibited in May at the 5-50 Gallery in Long Island City, with co-curator Amy Hill. Unrein currently works in her studio in the East Village, with past residencies at the Studio Program at P.S. 122 in the East Village, the Jentel Foundation in Banner, WY, and the Can Serrat residency in Le Bruc, Barcelona, Spain. 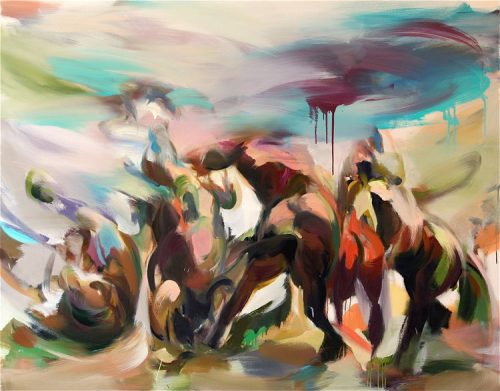