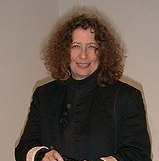 “Susan has been influenced by her upbringing in Mexico City, Mexico. Mayan mythology, poetic and religious imagery and traditions of light and energy as healing forces are constant themes in her work. She chose flame working as her medium of visual expression, in part as a result of the influence of psychologist Carl Jung’s definition of glass as solidified water or air representing spirit. The flame working process is essentially soldering small pieces of tubular glass together. In Plum’s most recent work, she joins these pieces of glass, all of the same color, to create a web or cage-like form. Most of these sculptures have a core vessel form with wings attached. They refer to both insects and angels – the earthly and heavenly.” 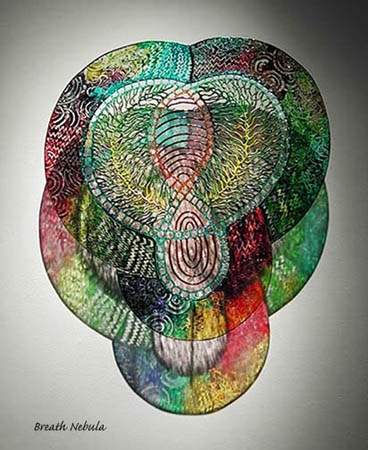 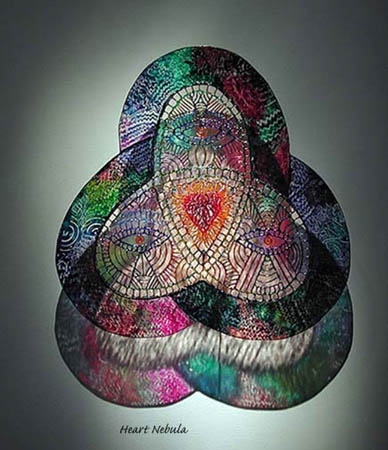 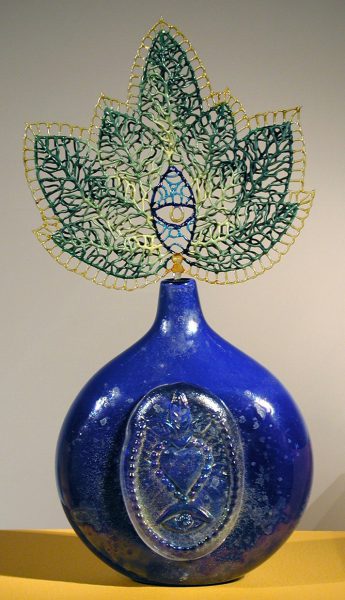