Steve Mumford is a contemporary realistic American artist inclined to document events by huge paintings of oil on canvas and painted watercolors on paper in the place of live events and wars. The works of these drawings are published on an internet site and in books with text that tells the story of the events depicted. One of the most important themes he works about is the Iraq war. Steve entered Iraq the day the statues of Saddam Hussein fell in Baghdad in 2003 and visited it several times until 2007. He lived the Baghdadian daily life and met many Iraqi artists who work and live in Baghdad. He also lived with American soldiers to paint their daily lives in the war.

“I’ve been trying to paint or depict scenes that show some sort of dramatic narratives involving human emotions,” said Mumford, who started drawing as a child. “Probably that’s what attracted me to the war. In a sense, war is the ultimate dramatic human narrative — certainly one of them.” 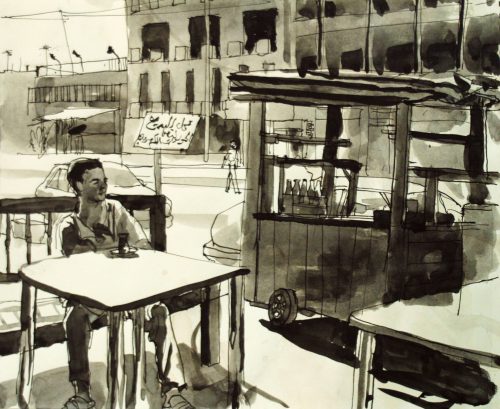 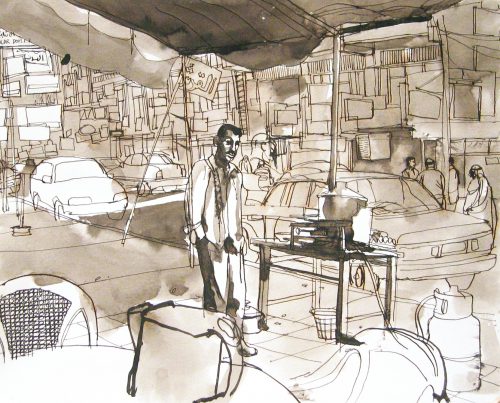 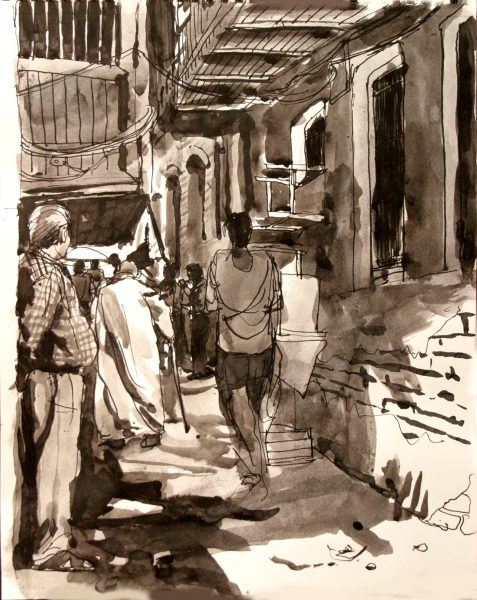 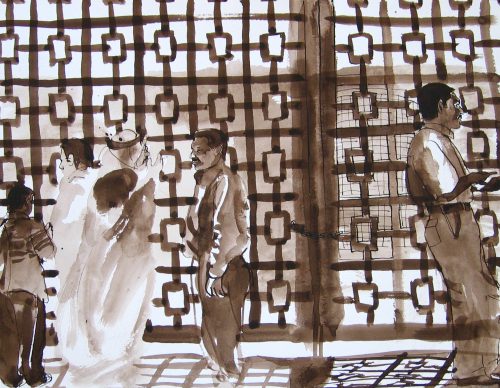 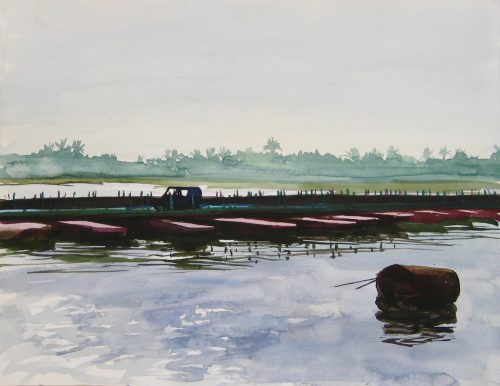