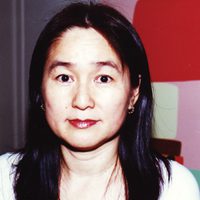 I received my BFA from Dongduk Women’s University in Seoul, Korea and then went to France where I lived and studied for nearly 7 years, graduating from the Ecole des Beaux-Arts de Lyon, with a Diplôme National d’Art Pratique and a Diplôme National Supérieur d’Expression Pratique (equivalent MFA) with “Les Felicitation du Jury” in 1995. I moved to New York City in 1996 where I currently lives and works.

I have been awarded two Pollock-Krasner Foundation Grants in 2001 and 2007; Adolph & Esther Gottlieb Foundation Grant in 2009; a Site-specific Permanent Public Art Commission, “Love You” at PS306 by New York City Percent for Art Program in 2008; selected New York City MTA Arts for Transit Commission in 2009. I have won more than a fifteen cash awards in National and International Competitions including First Place Award in 2005 from National Compact Competition, Louisiana State University, Baton Rouge, LA.

I had 14 solo exhibitions in the United States, Korea and France and my work has been included in over 90 juried and invitational group exhibitions across the United States. The New York Times, The Philadelphia Inquirer, Herald News, Louisiana Magazine-The Advocate and many others have reviewed my work. I have been featured Who’s Who in American Art 2011, 2010, 2009; New American Paintings-Juried Exhibition in Print, book#50, 2004, #38, 2002 including the back cover artist. My work was featured numerous times for the Cover Art of books, news paper including New York City Mayor’s Management Report, 2009. (Mayor: Michael Bloomberg)

I build images systematically on a flat colored surface. Very precise forms and colors are placed just next to each other find a perfect, if sometimes precarious, balance. I am interested in the process that builds abstract, architectural forms into flat surfaces. I like to play with opposites and differences to create harmony and to solve problems. I challenge myself through daily practice. 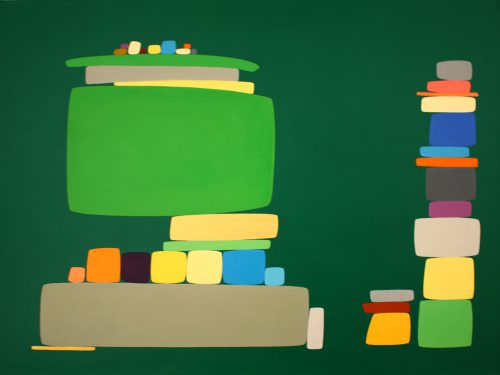