Huckaby, born in 1975 in Fort Worth, Texas, is most inspired by his family, his faith, and his African-American heritage. During his student years at Boston University and Yale University, he had the opportunity to study under Sylvia Mangold, Catherine Murphy, John Walker and Edgar Heap of Birds. Thanks to traveling scholarships, he journeyed to Europe to study the old masters in England, France and Italy. He has been honored with several awards, such as the Joan Mitchell Foundation Award, the Anne Giles Kimbrough Grant from the Dallas Museum of Art, and this year’s prestigious Guggenheim Fellowship. Huckaby’s work is included in the permanent collections of the Whitney Museum of American Art in New York; the Museum of Fine Arts, Boston; the Nasher Museum of Art at Duke University in Durham, North Carolina; and the African American Museum in Dallas, among others. 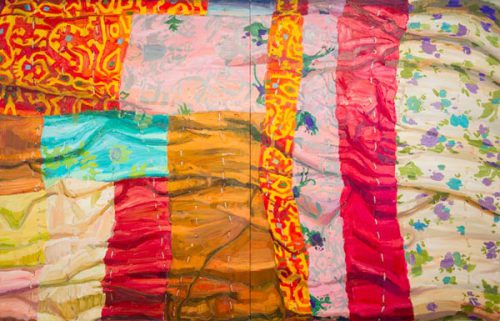