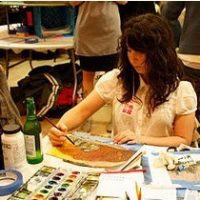 Sarah Thibault is a painter living and working in San Francisco. Her work has been shown nationally and internationally. In addition to painting, she has organized and curated a number of exhibitions, secured grants from New York State Council on the Arts, the New York City Dept. of Cultural Affairs and the Dedalus Foundation. Also, in 2005, she founded the art blog Artsfarts.org. As of fall 2010, she is preparing for group shows with Unspeakable Projects and True Silver in San Francisco for the spring and summer of next year. She is currently a second year MFA candidate at the California College of the Arts set to graduate in 2011. Before she began her MFA program, she received her BFA from the San Francisco Art Institute and her BA from the University of Wisconsin- Madison.

Paint globs and drips slip and slide off the insides of hotels, zoos and other artificial interior spaces in Sarah Thibault’s canvases. Interior design tropes like potted plants, landscape paintings and over-stuffed couches placed among swatches of kitschy patterns and vibrating colors create a sense of disease and movement within familiar spaces. Each painting starts with a photograph or a series of photographs that the artist then twists and abstracts to create her own visual language. 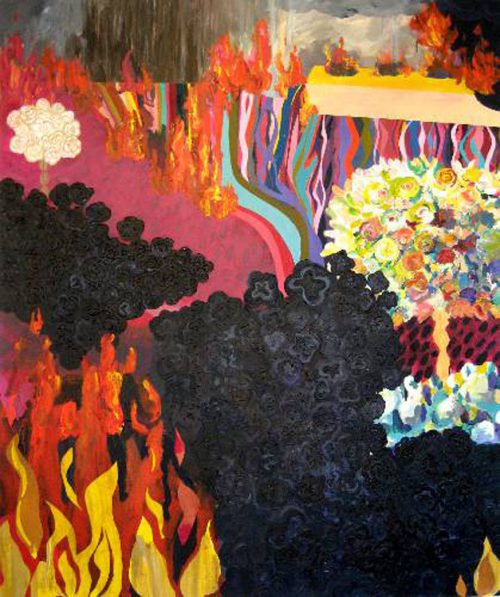 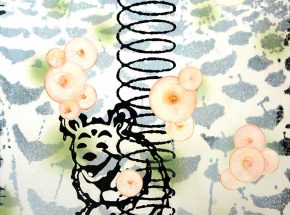