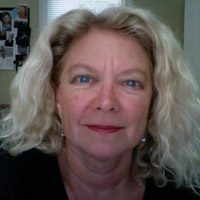 Sandra Russell Clark, a native of New Orleans, began her photographic career in 1978. Ms. Clark was Director of Photography at the Contemporary Arts Center in New Orleans from 1980 to 1985 and in the early 90’s she taught photography at Loyola University. Clark’s photographs have appeared in Vogue, Elle, The Traveler and American Artist magazines and many publications on photography.

During the 1980’s and 1990’s Clark’s projects included “Louisiana Dreamscapes,” “Garden of Reflection,” “Venice, A Vanishing Light,” and “Elysium,” all of which have been included in numerous exhibitions in galleries and museums throughout the United States. Her works have also been exhibited abroad in Italy at the Torino Fotografia Biennale Internationale; France at Recontres Internationales de la Photographie d”Arles; Stephanie Hoppen Gallery, London, England; Braga Fotofestival, Portugal; Museum Ludwig, Koln; Altes Museum, Berlin, Germany and Museu du Imagem e do Som, Brazil.

While in Venice, Clark was inspired by the haunting cemetery island of San Michele and in 1995 she turned her focus to the unique aboveground cemeteries of her native New Orleans. In the fall of 1997 Louisiana State University Press published Ms. Clark’s book of photographs, “Elysium, A Gathering of Souls, New Orleans Cemeteries.” “Elysium” received the 1997 Mary Ellen LoPresti Award for Excellence in Art Publishing from the Art Libraries Society of North America. An exhibition opened at the Contemporary Arts Center in New Orleans and has been traveling for the past ten years to museums and universities throughout the country through the Southern Arts Federation.

Ms. Clark moved to the Mississippi Gulf Coast in 1998 and began work on “In Search of Eden” which was exhibited at the Mississippi Museum of Art, Tulane University Carroll Gallery, Stephanie Hoppen Gallery, London, Photo NY and Gallerie BMG in Woodstock, NY. In 2005 Clark lost her home, studio and most of their contents in hurricane Katrina. Sandra spent two years in Long Island, NY, then returned to Bay St. Louis, MS and now spends her time between there and New Orleans. 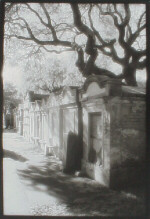 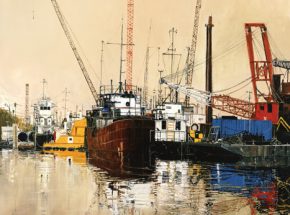