Mintio began her practice as a fine art photographer while pursuing her Bachelors in Fine Art at the School of Art, Design and Media at Nanyang Technological University in 2005. As an artist, her work puts priority on the process as well as maintaining a high-level of craft in the execution of an image. Working primarily with large format photography, she believes that technical choices are the key elements in the personalization her work. In her most notable series “Concrete Euphoria”, Mintio works uses the large format camera to photograph urban landscapes around Asia. Despite the discipline-oriented methodology, she allows chance, chaos and emotional impulse to be huge driving forces in her practice. Her subsequent series “Conveyance” was acquired by the Singapore Art Museum. Mintio’s new body of work, “~*THOY*~ (The Hall of Hyperdelic Youths)”, exploring the connections between spirituality and the cyber-world through adolescent computer gamers, was exhibited at Valentine Willie Fine Art around the Southeast Asian region. She is currently creating new work in Yogyakarta, Indonesia.

“Concrete Euphoria” is a photo-series that explores of the ever-changing mega cities of Asia. Created entirely within the camera, the photographer works with exposure of 4 and 8 within a single frame, varying from intervals between seconds to several months for each exposure.
In the creation of contemporary landscape images, the photographer see the camera as a tool to translate the experience of being in a physical space into a two-dimensional map. The prints, being final outcome of this work, function as a map that plots out the interlocking systems of the city. It becomes a point whereby the city exists both as a foreign and familiar terrain, an amalgam of geographic and personal maps in which we engage in and trace with our senses. In creating kaleidoscope-like multiple exposures, the camera takes a step to render familiar places as fantastical and sublime, so that the city may be seen with new eyes. Elements within the cityscape such a streetlights, road signs, buildings intersect to create stark symbols amidst the confusion. In some images, almost innocently, religious and political symbols emerge: we can see crosses, swastikas and grids. By deliberately including within my composition, contrasting elements such as concrete and nature, old and new, textures collide and blend within the drama of juxtaposition. Wonder is created in the way the fragmented details rework and reassemble themselves into something new. At the same time, a sense of mounting anxiety and powerlessness is created in the face of overburdened archives crammed within this seemingly endless repetition. This series was shot with a large format camera, on 4×5 film transparencies. The scale of the images and its resolution allows the viewers to appreciate the pattern-like quality of the image at a distance and engage with the minute and intricate details up close. Occasionally, with the capacity of the medium, subtle differences in between the 4 exposures are revealed – for example amidst the towering buildings viewers can spot a passing airplane in the sky or a worker in a construction site. Working with long exposures at varied timings also allows me to create variations and changes within the seemingly repetitive pattern. Just as in the images, urban living in can be a routinely mundane process. It is only when we stop to take a look at our surroundings do we chance upon little jewels in Asia’s ever-growing concrete maze. 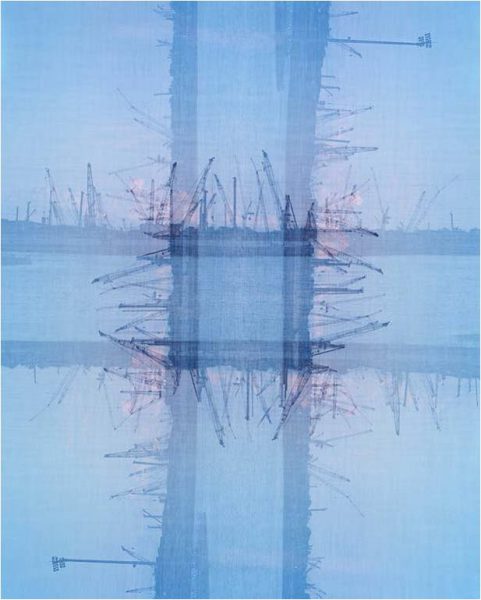 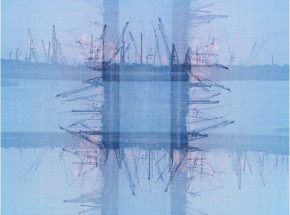