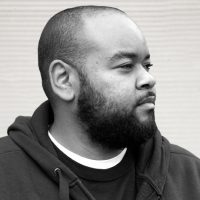 American artist Robert Pruitt’s thoughtful portraits fill in the gaps of the black American experience as told by mainstream American culture. The mood of his sitters matches the softness of the charcoal he uses to create his drawings; his subjects seem lost in thought. When looking at Pruitt’s work, one gets the sense that there is so much more to these figures’ stories than the images can tell us. That, of course, is part of Pruitt’s goal. He says, “The subject of my work is the black body and identity. Through my drawing process, the figures in my work become profiles rooted in a fictional ethnography. I project onto these bodies a juxtaposing series of experiences and adornment materials, denoting a diverse and radical past, present and future.”

Pruitt’s addition of seemingly unrelated subjects into these portraits results in a mixture of humor and discomfort. In Be of Our Space World, for example, Pruitt replicates the Vladimir Tatlin’s famously unrealized Monument to the Third International in his sitter’s hairstyle. Thus, an early-twentieth-century piece of Soviet propaganda is materialized in a traditional Nigerian hairstyle. Similarly, the hairstyle of the woman depicted in Sun God takes the shape of a sculpture produced by the Dogon, a tribe from Western Africa. The poses and clothing of these women also bear layers of meaning. As Pruitt says, “Using references to Hip hop, Science and Sci-Fi, technology, comic books, Black political struggles and traditional cultures I am able to create a loose narrative that has become the core ideology of my practice. This narrative attempts to string together the breadth of the black experience and Diaspora to create a sense of commonality and humanity that I find lacking in many forms of black representation.” 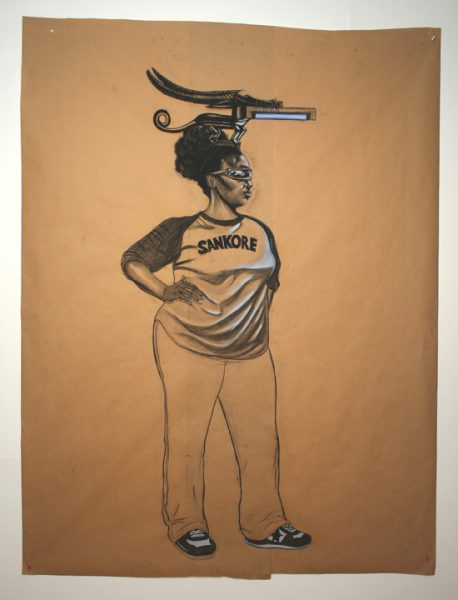 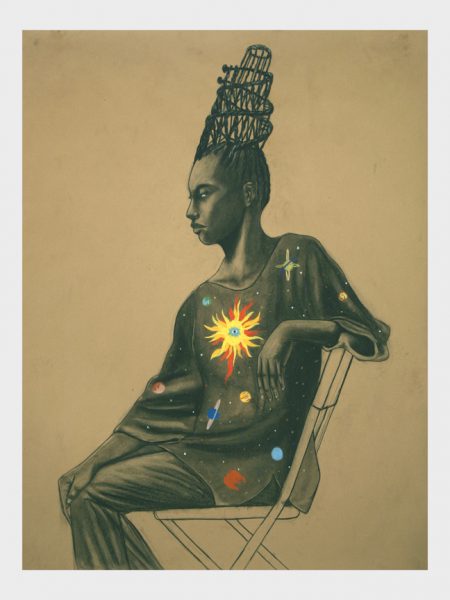 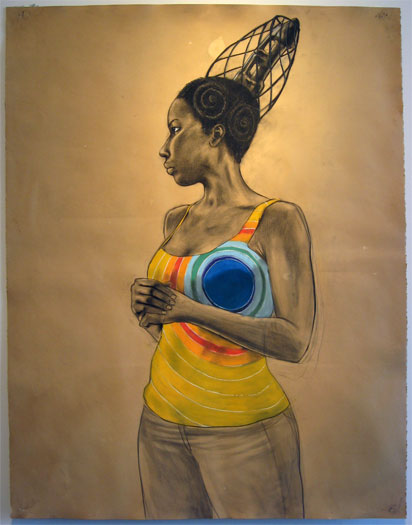