My identity has been formed by watching peregrines fishing and dolphin families swimming near the shore to my west; by the knowledge of Grizzlies reintroduced to my favorite mountains to my east; as a child, petting “Olie”, the neighbor’s massive breeding bull; by the comeback of the mountain lion (said to be occasionally tracking humans); and by the once endangered Bald Eagle, now seen from shoreline to snowline.

With these five paintings of animals emblematic of the five regions of Romania, I now understand that my identity is not so much my identity, but our identity. Worldwide. Nature does not react to county lines, national borders, or continental autonomy. Nature threatened in the West is nature threatened in the East. Nature rebounding in the North is nature rebounding in the South.

In my own politics of nature, I have only one voice: painting. I am a hedgehog: I know ONE BIG THING. Although my political power is limited, I do have complete control of my own discipline. I take liberties. The liberties I exercise are not for the sake of whimsy or irony or any other contrivance. It’s not about the painting per se. I am serious to the point of zealotry. As a painter-narrator, I am rewriting the relationship between man and nature, and nature and nature. Borders and climate zones dissolve, and adversarial roles fade away. “Predator” and “prey” are meaningless. The sublimity of Romania’s exquisite great signature figurehead animals is enhanced by their cohabitation with and interdependence on other less-imposing living creatures within their eco-system.

My choice (because it’s MY voice) is to use the animal image as an anthropomorphic reminder that what we do to animals, no matter where in the world, is what we do to ourselves. 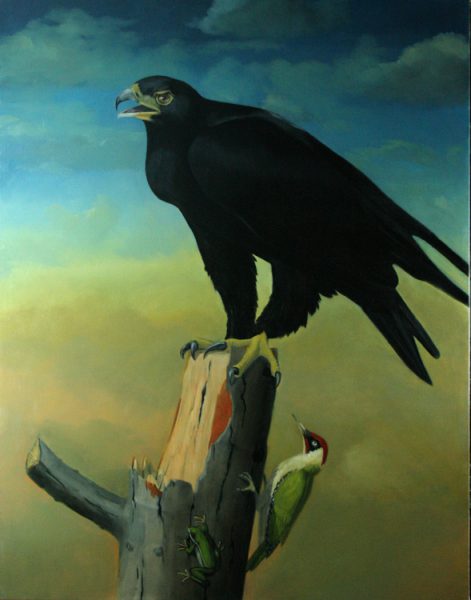 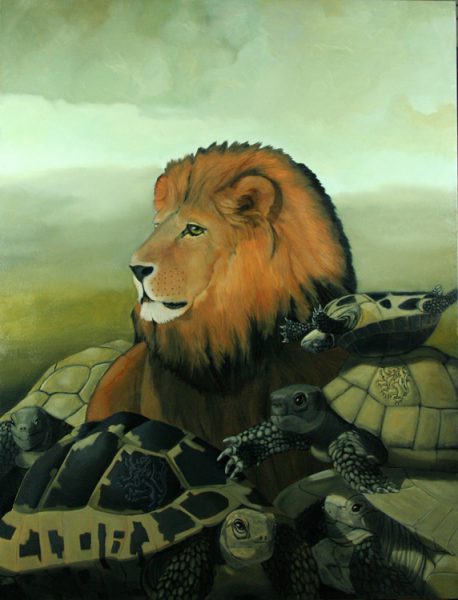 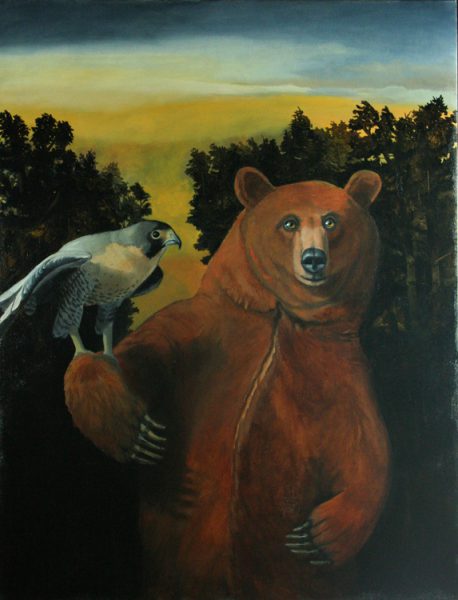 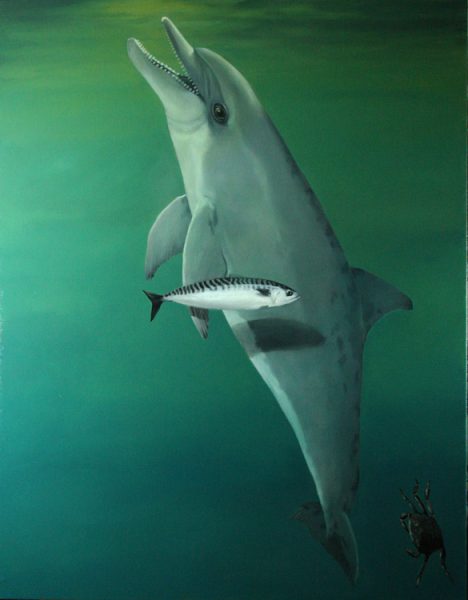 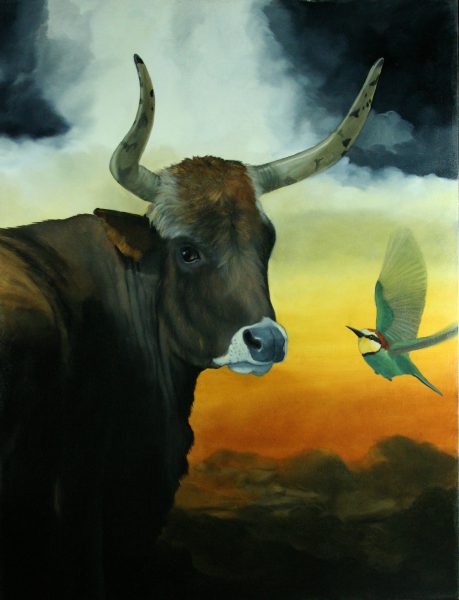